Show Off Other Cardiff LAN Build

Location
Cardiff by the Sea, CA

Here is a run-down of my system plan. I was fortunate enough to be able to add-on a few special accommodations for this build as we were doing an extensive remodel on our house and thus had the walls pretty opened up. 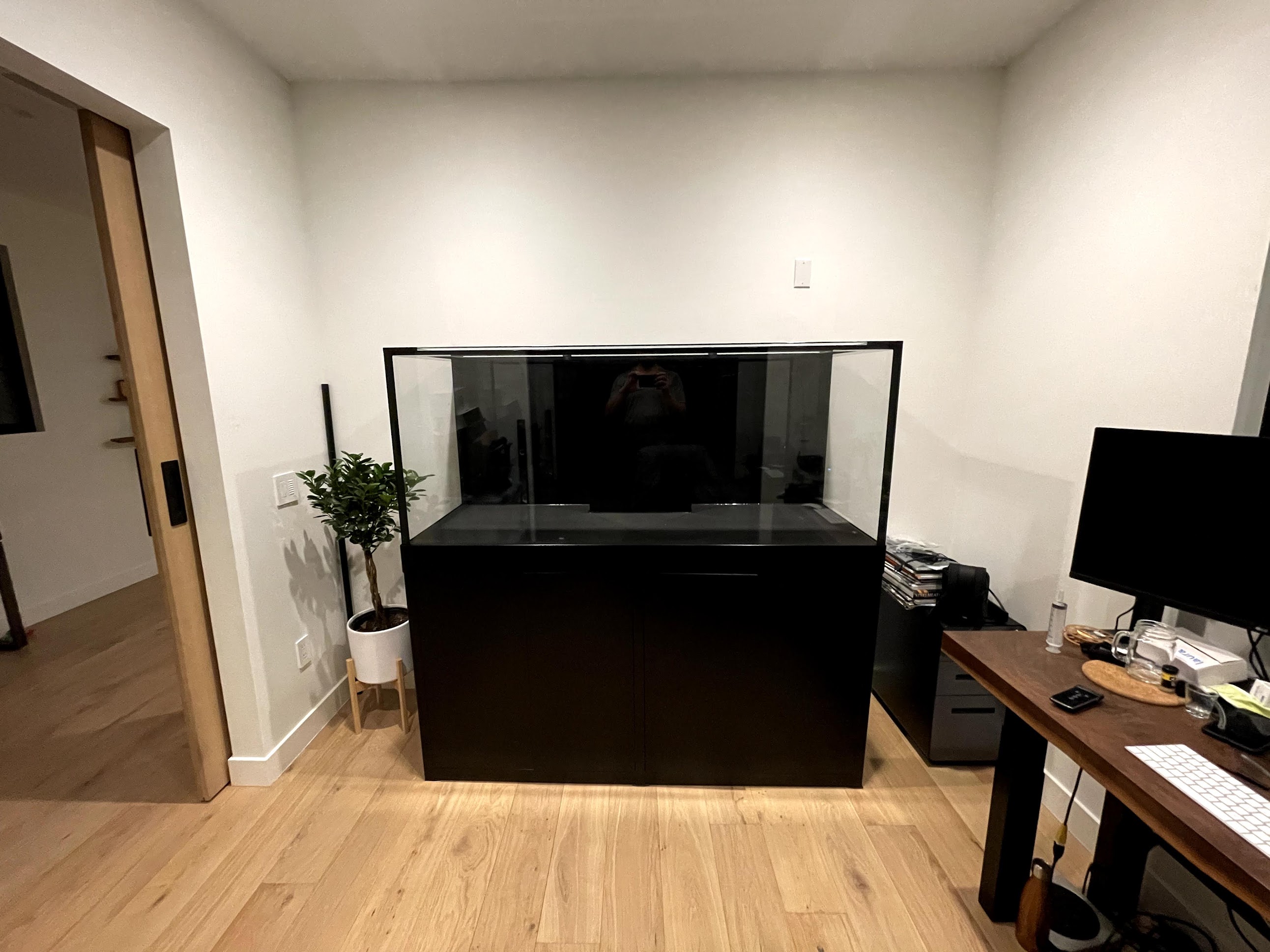 Approximate total main system volume 200g without any of the QT/frag tank tied in. Eventually that might expand to either ~240g or ~280g depending on if I combine one or both chambers of the QT/Frag tank into the main.

Livestock:
This will be a mixed reef with the aim being to really pick and choose corals carefully and allow them a fair amount of space so ideally I can get some true colonies going. That said I know myself so it'll probably end up having a huge variety of things which I'll constantly be tinkering with.

I'll post more about the QT/Frag tank setup in a future post, but it'll be run initially as a separate system to give me a chance to ensure that all incoming corals are inspected thoroughly and I reduce the risk of them bringing in pests or fish pathogens. I'm still working on pulling together a few pieces of equipment and making slow progress on the plumbing, but hope to have the main system wet and all the livestock and rock I've been cycling for the past few months in the next month.

Until then I'm making due with my 15g nano for my coral fix needs.

Looks like this is going to be a sweet build!
How To - Quarantine

This is looking to be an awesome setup and journal. Thank you for sharing. Will be following and rooting for you!
Display tank 175G full zeovit method
Display Tank journal:
https://humble.fish/community/index.php?threads/oz_spss-zeovit-system.3051/

I have sump envy.

C'mere and get your flavor-aid!
G

Location
Cardiff by the Sea, CA

Ha yeah this is my first bigger system and I'm definitely excited to have more room to play with. That said I originally told myself that it would be nice to finally not have my sump under my tank but then proceeded to put the frag/QT system over it