Question of the Day Damsels

Damsels are some of the cheaper fish you can purchase and often some of the first fish people buy.

Do you keep/have kept damsels in your tank?
(While clowns are damsels they don’t count for this question)

He was not cheap but I miss this guy everyday. Jumped after about a year I was worried about aggression from this guy but it turns out my maroon clownfish terrorized him which likely caused him to jump. 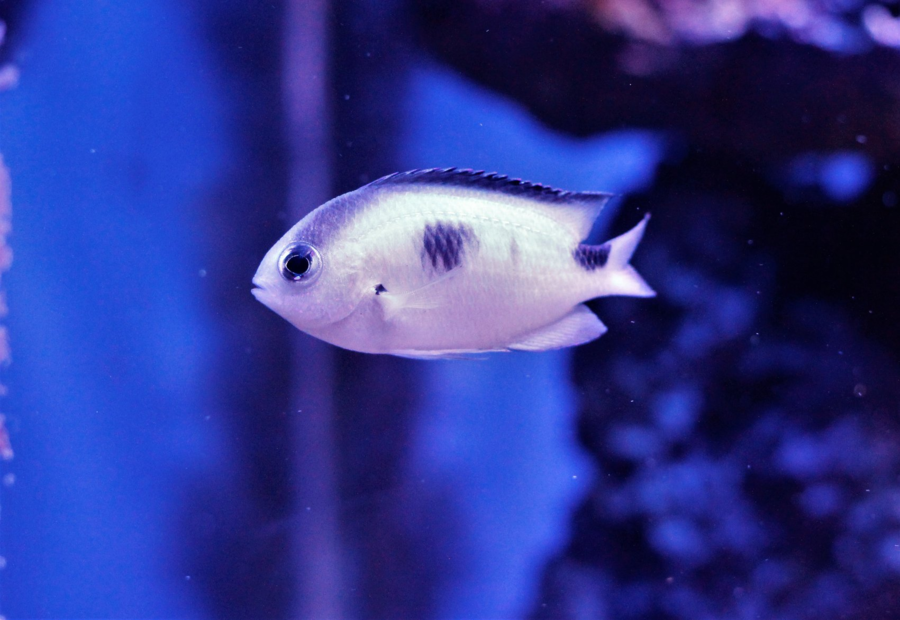 In 2013 I got a bunch of yellowtail demoiselle and they'd beat the hell out of each other but never bothered any other fish. They spawned all the time on the back glass. I only wish I was into fish breeding back then. I have just one left. I also have a small springeri he's by far the smallest fish in my reef so no aggression from him either.

I tried a group of ORA Lemon damsels. Started out fine, as they got bigger they got aggressive towards each other but left other fish alone. They ended up bullying each other until one was left.

I have 2 of these fussiler damselfish. Very peaceful. Also really fast, so hard to get a picture. Lol. They were cheap, and not ultra colorful. They don't fight each other and anyone else. They just eat food and swim around. I would be happy to find them again to add to the shoal. They flash different colors when eating or scared. 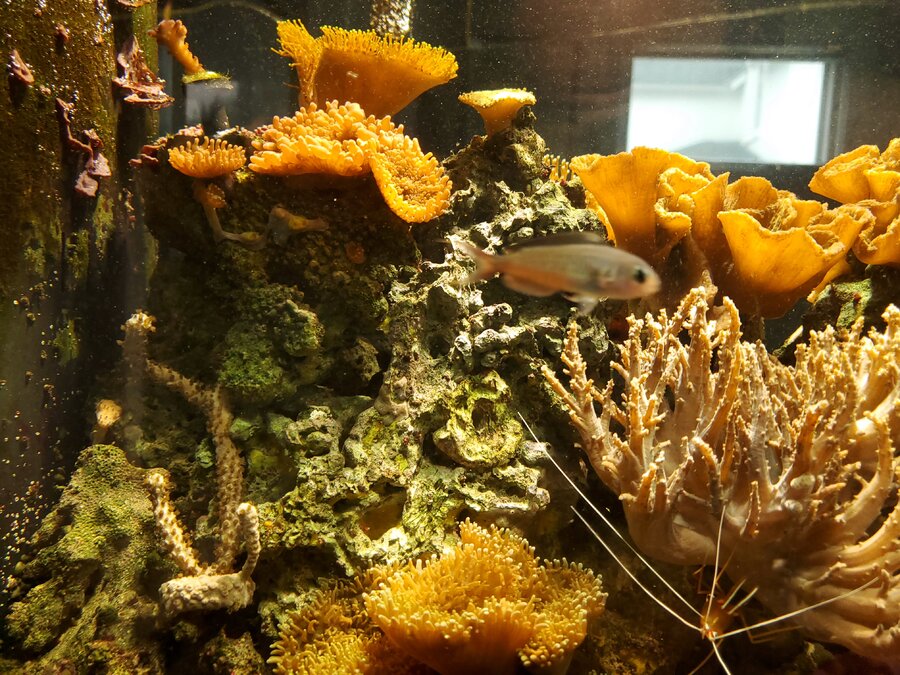 I really like the look of Fiji Blue Devils.... but they're only suitable in a really large tank due to their aggression issues. 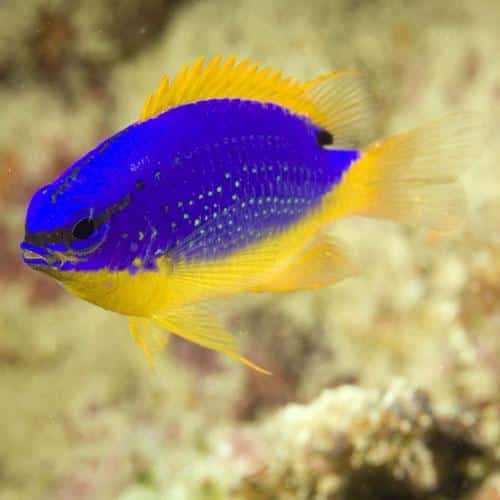 People often make the mistake of purchasing them because of price and hardiness only to regret them. I read so many post over the years of people wanting to remove them.
I have had them in the pass and just kept them. Some are really pretty and different one have different temperament.

I was sold three of these a while back; Neoglyphidodon nigroris. 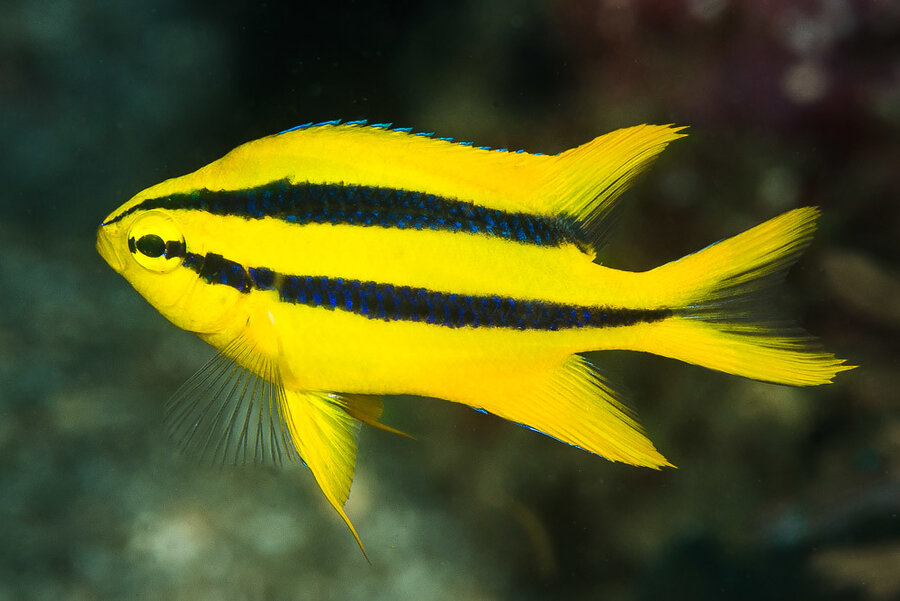 Beautiful fish. I was also told it would stay this colour. Boy were they wrong. Flat brown. They were also covered in missing scales and scars from all the fighting. They were good to the other fishes but not to each other (or the Tomini tang with a similar colour and shape).

Years ago, I had a sergeant major damsel that was actually completely passive even though it was adult size.
Solved - MAKING FREEZE DRIED FOOD NOT SUCK!!!

Back in the 90’s, that’s how you cycled a tank was with “disposable” damsel fish and real live rock. My first fish was a domino damsel, and I remember that thing being a holy terror. I know I got rid of it, and I think I took it back to the LFS, but I can’t remember for sure. Since then, I swore off damsels in my reef. And besides my clowns, I have kept to that.
Last edited: Sep 12, 2021
S

Chrysiptera genus damsels are typically posted by hobbyist as both beautiful and friendlier out of the bunch. So Talbot, Azure, Roland, Starcki, Surge, and so on. Is this true or not I don't know but after owning several in that list I tend to agree they are perfectly fine if the display is setup properly. No different than owning a six line wrasse (gasp).

I currently have 7 BIOTA Pomacentrus pavo, or sapphire damsels and one Azure. The sapphire also go by the name of peacock. BIOTA says they are small but they are actually large. Or the dominate male is. I have a pair that spawn regularly (in fact just this weekend laid more eggs) and this is when they can get a bit aggressive towards the nest area. Outside of that they fine. They shoal up sometimes, mostly spread out over the reef as you would see in the wild. They will bicker with each other but it stops just as quick as it started. No missing fins. No missing scales. Healthy and good eaters. I also had a surge damsel but it passed away earlier in the year. I think it was due to some stomach infection (purchased from divers den - not bagging on them but I missed something and its belly got larger and larger such that it stopped eating).

So damsels - beautiful. Fast. Always moving. Color. Bulletproof due to resiliency. This is why beginners get suckered into buying them. This is a hobbyist issue and not a damsel issue. Damsels are all of the above but require a properly setup aquarium to go along with the properly selected fish. Each fish needs its safety den. Its place to retreat, sleep, and chill. This requires a lot of rock work and a mature tank (corals) to break the chase. Understanding of the damsels natural habitat should also be considered (any fish for that matter we want to keep).

Again, no fish expert here but based on what I see the sapphire likes to dig and nest in caves. Sure enough fishbase says adults inhabit sandy area lagoon reefs and isolated rock/reef patches. Bingo - that is what mine do Setup a system that caters to the fish and problems are averted. No different than keeping Sea Goldies or similar hierarchy type social fish. I'll see if I can get a current video if not add one that I already have of mine.

Edit: Here is my flock:

My first tank in the 80’s I started with a domino damsel, 3 stripe damsel and an electric blue damsel. Those 3 fought so bad that I swore off damsels forever. That blue damsel was one of the most beautiful fish I’ve ever owned, I wish they were nice.

I have a beautiful blue little Springeri Damsel - only damsel I've been able to trust. So far it has been completely docile and a beautiful splash of color. Looks like: 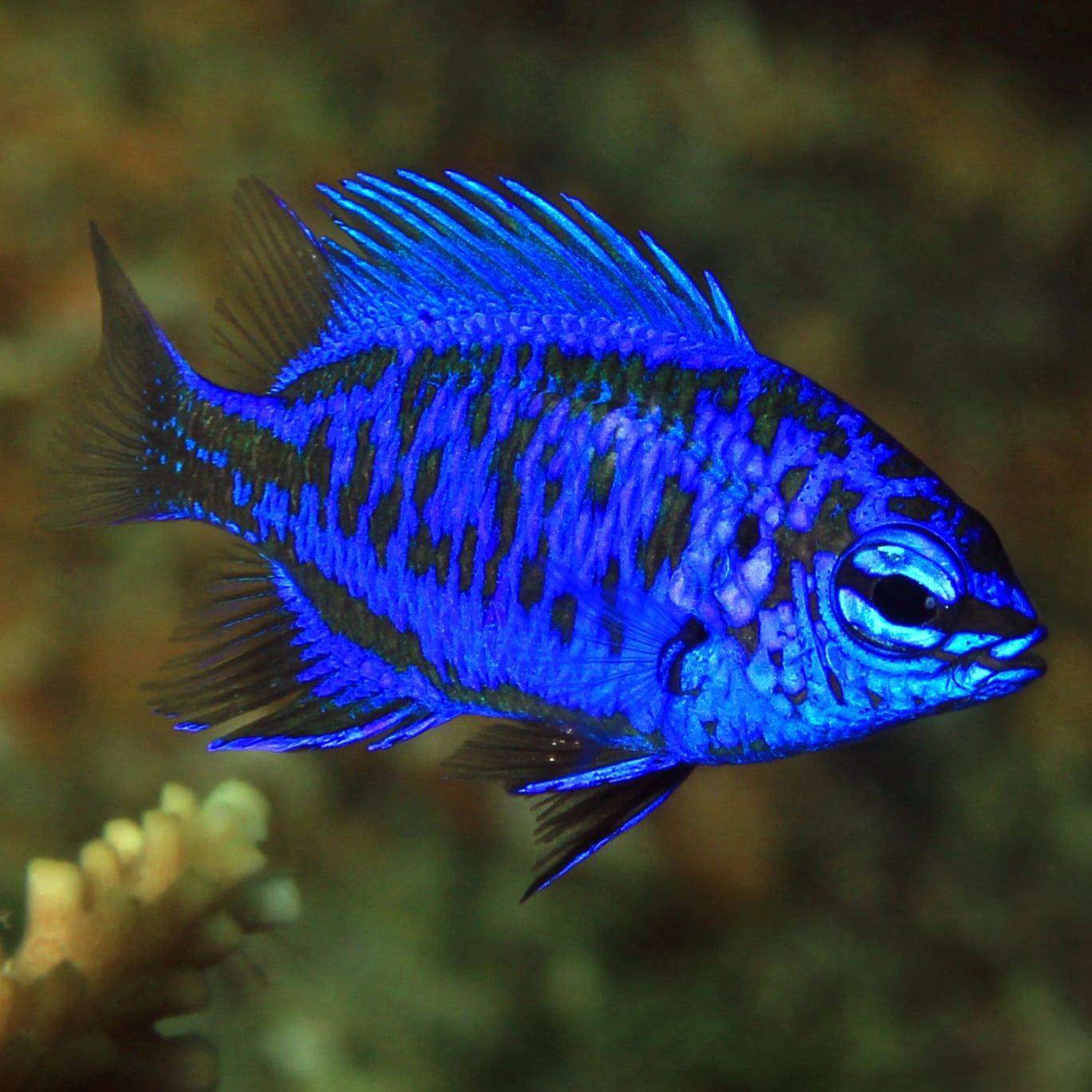 I had a springer and azure before and they were great little fish, no real issues from them

I’d like to get a starcki I think as my tank needs a blue fish. Damsels are great for blue

I have many azures and springers. Love em. Calore on the other site inspired me with all the damsels he added to his large reef.
S

Mrpizzaface said:
I have many azures and springers. Love em. Calore on the other site inspired me with all the damsels he added to his large reef.
Click to expand...

Lol - yeah. Calore has 50 to 60 Azures alone. He has a few others mixed as well but not at the same ratio. His display is 450 gallons from what I recall and large mature corals with lots of rocks.
T

My 1st go at saltwater 20+ years ago , the store sold me damsels to "cycle" the tank. Regreted it after cyclr and adding a star and seahorses.
J

I have a Starcki in my reef. Cool fish. It hated Anthias and Hooded Wrasse for a while.Had to remove it for a week. After introducing again all good.