I’ve been lurking around the forums for a while now and finally decided to register so I can participate more actively!

I’m Andy. I’m a (human) emergency medicine specialist by training, turned hospital executive for the past decade of my career. I essentially found my way into the hobby by accident. I never realized I was a “fish guy” until my wife decided to get an Oscar in a small freshwater tank for our living room a few years ago. I found him quite fascinating and, being a deeply curious/analytical person by nature (I’m an INTJ personality type if that means anything to you) I promptly immersed myself in as much information about aquatic life as I could find.

To date, this hobby has consistently opened up new ways for me to explore lifelong areas of interest. I’ve enjoyed learning about biology and chemistry since I was very young. I’m intrigued by the fact that much of the information I encounter builds on foundational scientific knowledge that I’ve possessed for most of my life while adding enough new twists to keep things interesting.

The reason I’m looking to become active on this particular site is because, quite frankly, I’m sick of losing fish to preventable/treatable causes. The emotional and financial costs of my initial failure to quarantine have been substantial. My success rate with treating sick fish stands at a remarkably disheartening 0% despite aggressive treatment having been provided every time. More than once, we’ve waited eagerly for weeks or even longer to get our hands on a special order or WYSIWYG fish only to have it develop crypto or velvet a few days later and inevitably die in my treatment tank mere hours into the course of treatment. I stopped counting how much I’ve spent on fish that didn’t last a week when the number got to around $2,000 because it simply became too depressing to continue keeping track. The most recent victims were a juvenile Aussie Harlequin Tusk followed closely by one of our beloved arothron puffers (who was damn near as much a member of the family as one of our dogs.) At this point I’m not adding anything else until the issue is resolved, as it feels a unfair to these animals to do so. Clearly my two big saltwater display tanks are infected which is a major issue that I’m currently determining how to address. I’m looking forward to learning about this and related topics from some of the great minds here and also hopefully contributing to the knowledge base in the future as well. I’m particularly intrigued by some of the research I’ve seen here regarding the efficacy of H2O2 under various conditions and would love to help gather data to further some of that work if the opportunity presents itself.

In conclusion, our lineup currently includes: 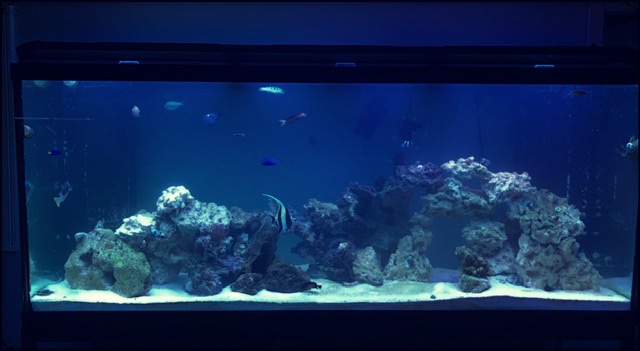 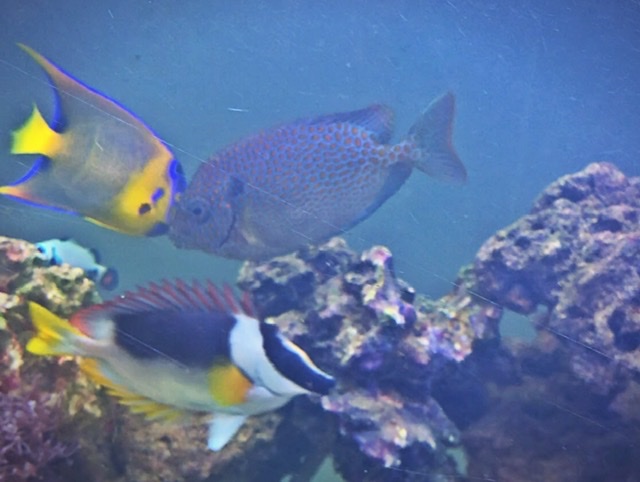 A 250-gallon saltwater aquarium consisting mostly of fish and inverts with only a handful of very simple/basic corals (zoas, duncan, xenia, etc.) 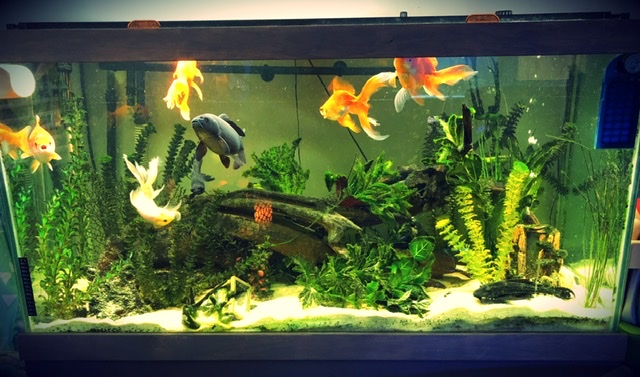 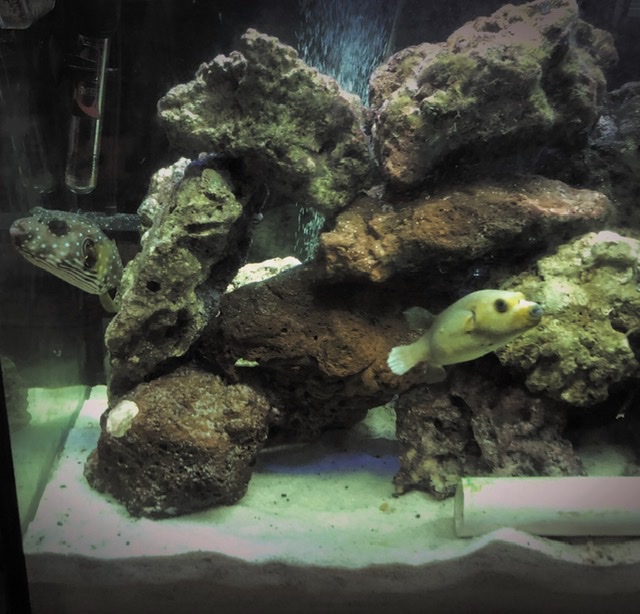 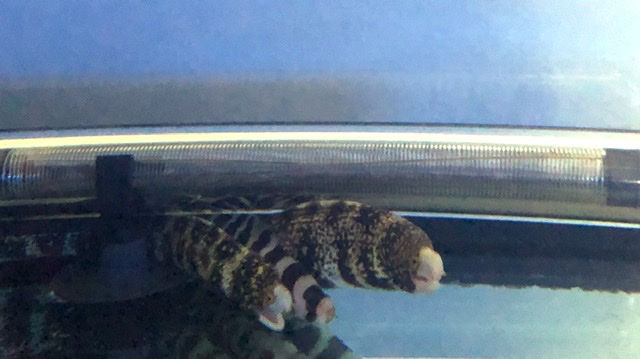 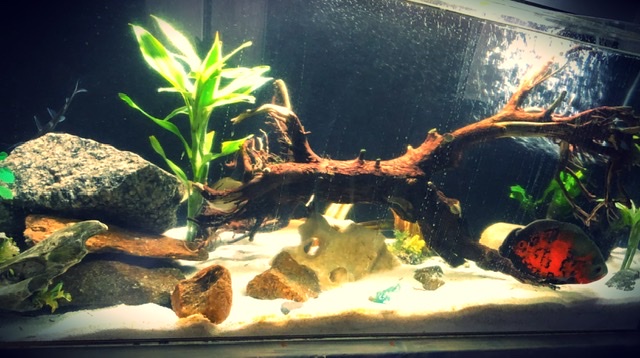 A 55 gallon freshwater tank that belongs to the Oscar who started it all... 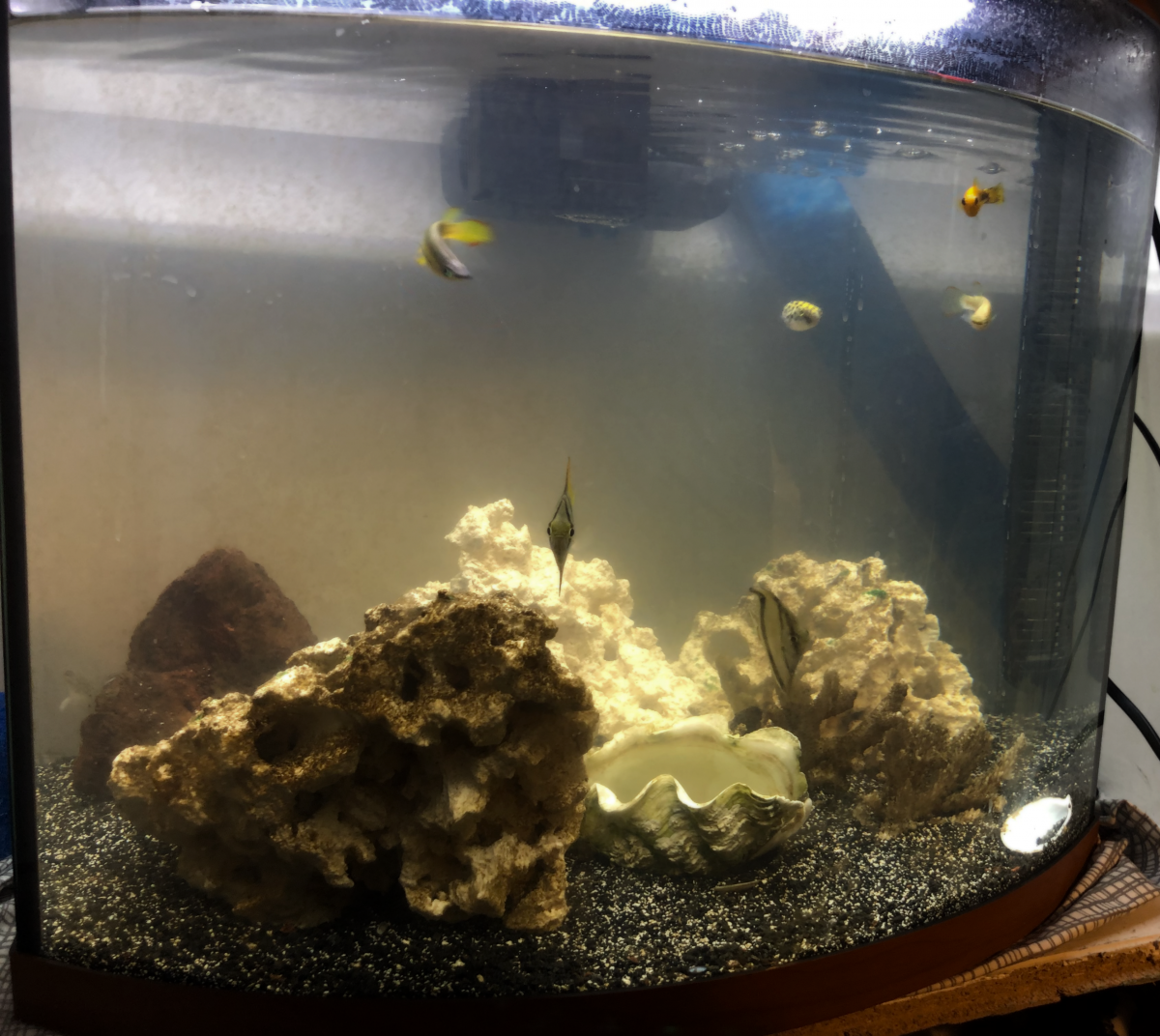 My stepdaughter’s 16-gallon brackish nano tank. She’s just about as crazy about this hobby as I am at this point and this is her first tank.

Finally, I’ve got a few bits and pieces of “some day” projects lying around the garage... and the shed... and pretty much every other room... 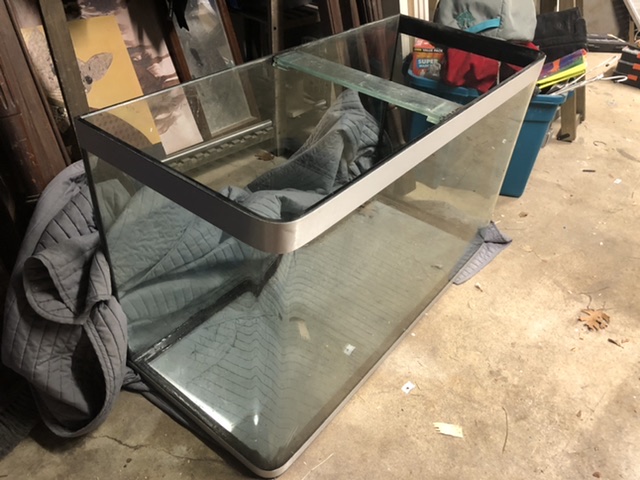 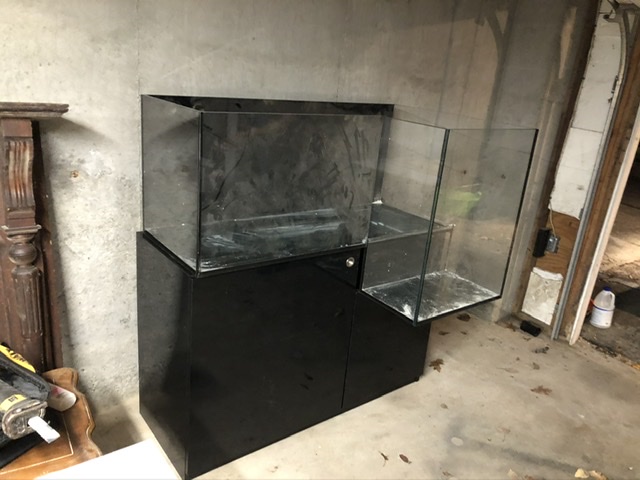 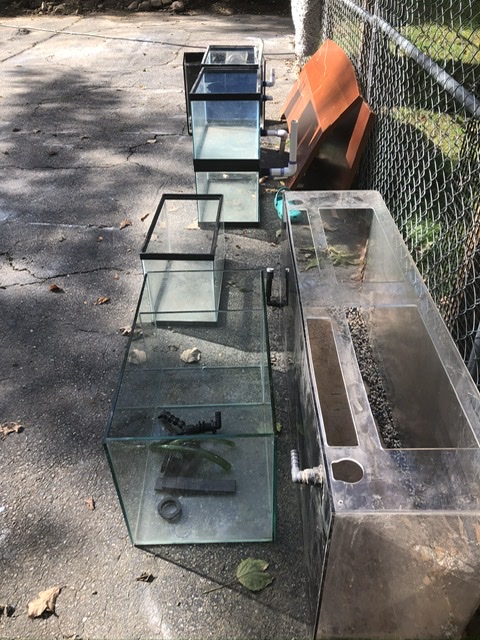 I think the last big build on my bucket list (so far) is a sea horse tank. Since the big tank I have now includes a variety of fish that aren’t entirely reef safe, I haven’t invested too heavily in corals. Perhaps this would be the tank where I could do that as well...

Anyways, thanks for having me and thanks for sharing your wisdom so readily and so effectively!

Here is the sticky for dosing H2O2 in a reef tank: https://humble.fish/community/index.php?threads/peroxide-h2o2-dosing-for-parasites-in-reef-tank.725/

There is some evidence that using H2O2 in conjunction with a UV sterilizer can increase efficacy, but @Jessican is our resident expert when it comes to in-tank H2O2 dosing so I'll let her take it from here.

Here is my writeup on how to perform a H2O2 bath (pretreatment): https://humble.fish/community/index.php?threads/hydrogen-peroxide.21/

Of course, as of right now H2O2 is still in the experimental stage so another option to consider is pulling all of your fish, treating them in a QT (or multiple QTs) and going fallow (fishless) for 76 days in the DT(s). This article lays out the basis for how to setup a quarantine tank: How to Quarantine
Check out links below for more info:

Welcome to the Forum! What a nice array of tanks! Many members arrived here like you for proper QT protocols to start afresh.

With your interest in biology/chemistry you will enjoy all the detailed scientific information on proper medications, QT and disease specific treatments.
Once your current livestock is treated you will be able to enjoy looking at your tank without that anxiety you have experienced. I know - a lot of us went through the very same stress. Now I can’t wait to get to my tank each day!

Good luck! Ask any questions. Members here love to help & enjoy seeing others succeed. BTW thanks for your service in the medical field. Especially in times like these.

Welcome, welcome, @AndyR83! Boy, oh boy must you like this hobby...it IS rather addictive, isn't it? I'm sorry to hear you're having some issues with disease, and especially that you lost one of your favorite puffers. You've come to the right place, and will get lots of input on where you can go from here to get back to enjoying your tanks in the future! Loads of smart guys and gals here! Looking forward to hearing more from you as you settle into the forum!

Thanks for the warm welcome!

I’ve been taking in as much info as I can find including the great threads about ongoing H2O2 experimentation. I love investigating how and why things work the way they do, and this topic is one that is especially interesting to me (and probably would be even if it wasn’t directly applicable to my current tank issues.) It’s reminiscent of the way managing various medical conditions in humans has evolved over the years. I can’t even tell you how many new drugs or procedures have come along that completely changed the game... only to have it happen again a few years later rendering that thing obsolete. Staying ahead of the curve and pioneering innovative new solutions to old problems is one of the things I find most fulfilling and I’m excited to bring a little bit of that spark to my home aquaria as well!

Welcome to the forum @AndyR83 we are thrilled to have you here!