Always at your service.

We have come a long ways in the science of medicine but we have yet to find a cure for viruses in ornamental fish.
Most common but not deadly by itself Lymphocystis or Lympho in short.
I will talk about Lympho in this article mostly but i am confident that these findings will probably work for all viruses.
(some of the following info is taken from different sources)

Lymphocystis is a chronic disease of freshwater and marine fishes caused by infection with an iridovirus known as Lymphocystivirus or Lymphocystis disease virus (LCDV), which is a member of the family Iridoviridae. Infection results in the development of pebble or wart-like nodules most commonly seen on the fins, skin, or gills, although other tissues may be affected. Although the disease has been seen worldwide in numerous species since its first description in 1874, its viral cause was not identified until 1962. The lymphocystiviruses are considered much less pathogenic (disease-causing) than their iridoviral relatives, the ranaviruses and megalocytiviruses, which can cause severe, systemic disease with higher mortalities.
Although lymphocystis disease normally does not cause significant mortalities, it does cause unsightly growths on fish that reduce their marketability, and in some cases, severely infected fish may die. 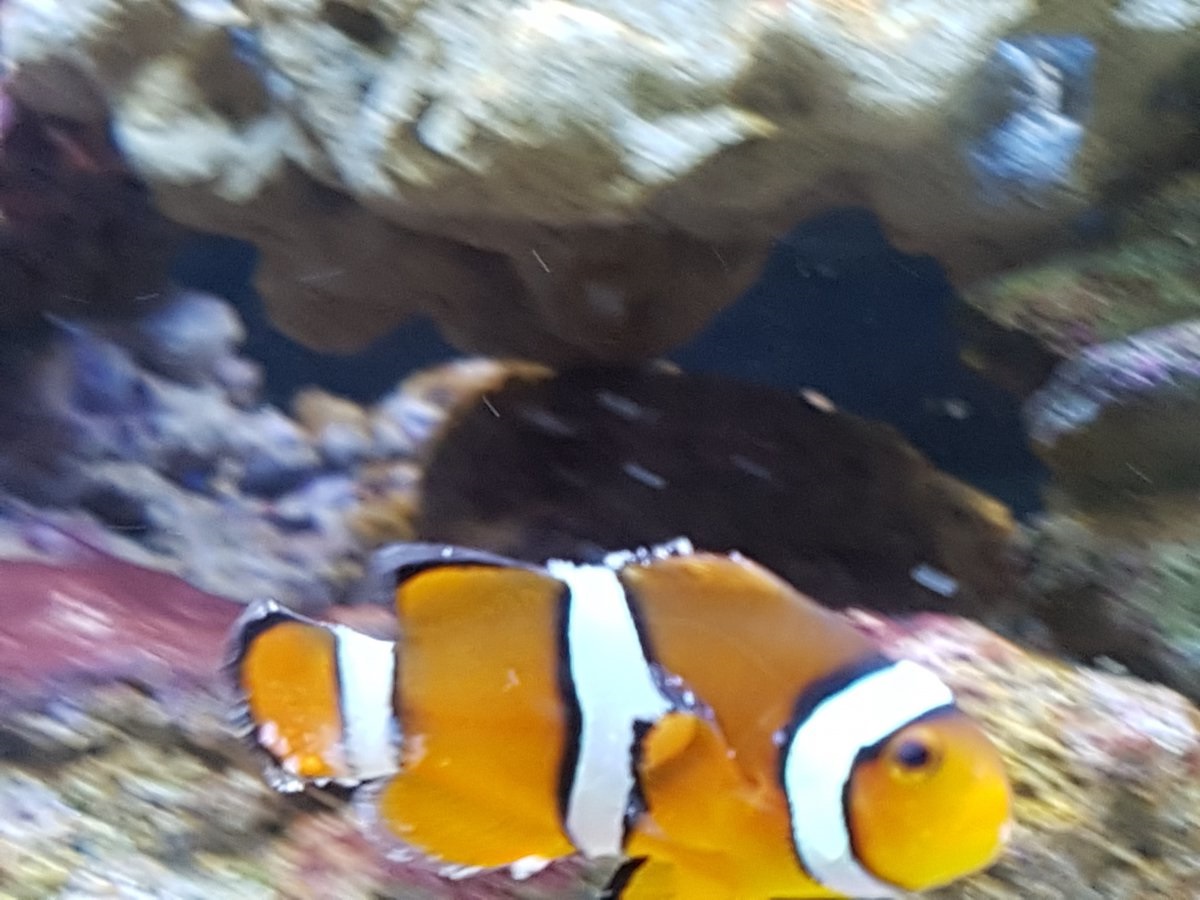 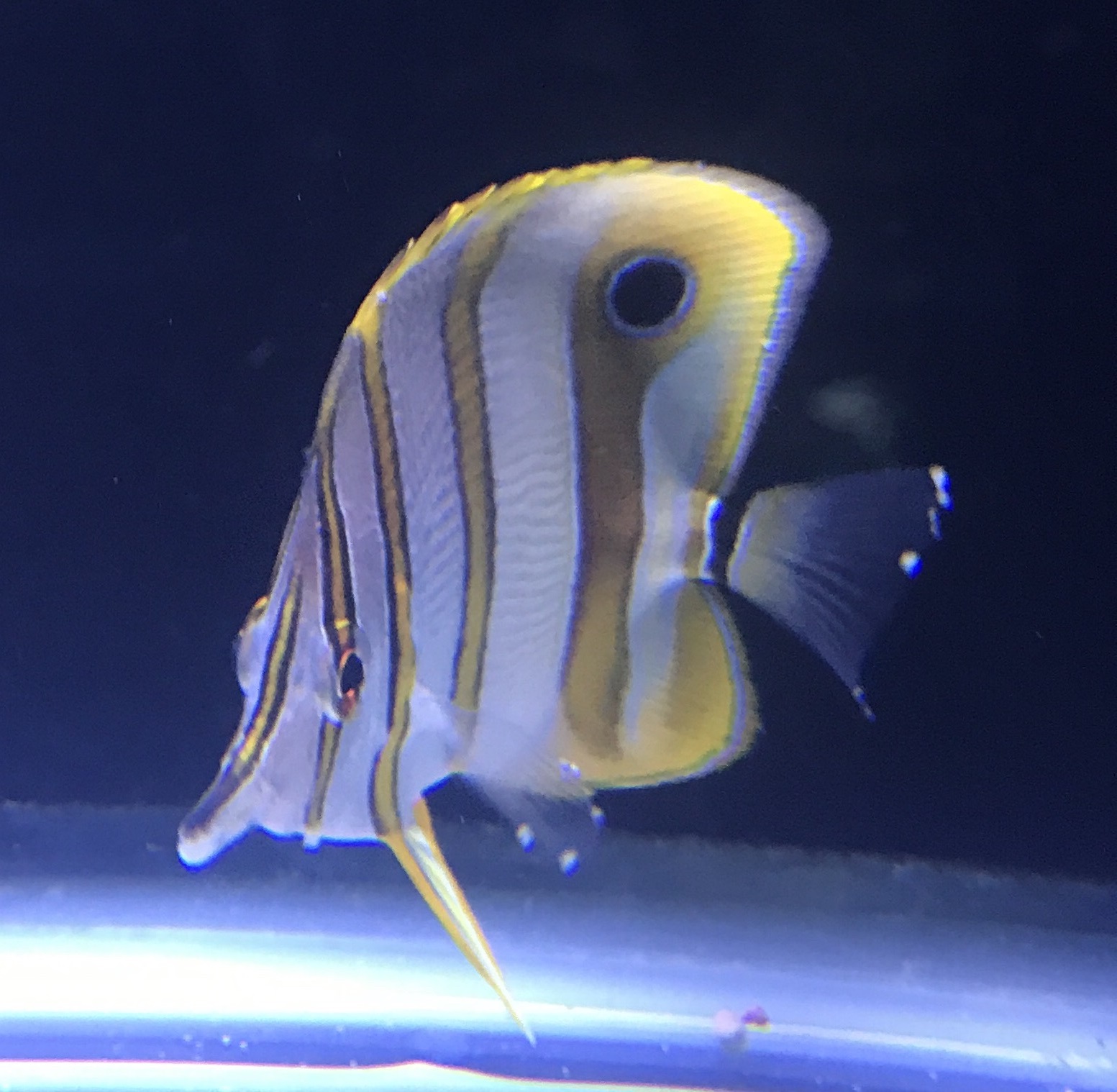 What factors contribute to development and spread of lymphocystis disease?

Lymphocystis is spread by fish-to-fish contact or contact with infected tissues. External trauma from spawning, aggression, parasites, or handling can facilitate infection and spread. In addition, crowding, shipping, and other stresses appear to trigger disease outbreaks. Lymphocystis does not appear to be spread by vertical transmission (i.e., from parents to offspring via infection of eggs or sperm).

Can fish with lymphocystis be treated?

Currently, there is no good treatment that will speed up recovery from this disease. Most often, the disease must run its course in an affected fish. Fortunately most cases of lymphocystis in fish will resolve on their own after a few weeks, as long as husbandry is good.
There is no known cure for this virus, though a privately owned fish research and breeding facility near Gainesville, Florida has reportedly been able to suppress the virus into remission using the human anti-DNA virus drug acyclovir at the rate of 200 mg per 10 US gallons for 2 days. Otherwise, some aquarists recommend surgery to remove the affected area if it is very serious, followed by an antibiotic bath treatment to prevent a secondary bacterial infection of the open wounds.

Personal experience and possible remedy to Lympho or viruses in general:

As some may know, I have been practicing unorthodox ways to treat fish using medications that are for human consumption and/or for other pets, for over 20 years.
Lately I have been practicing different ways to suppress or eliminate viruses like lympho in marine fish.
In order to find a remedy, one needs to know what we are up against to begin with. As discussed above, Lympho is a virus and to get rid of the virus we need antiviral medications.
Most antiviral medication available to public over the counter are either in form of ointment or creams/lotions or in form of shots which require prescription and qualified medical personal to administer. Neither of these remedies are possible to administer on marine fish in our tanks.
So i went to work, researching for antiviral medications or chemicals or ingredients that we might be able to use to treat fish. In my research phase I found ingredients and items that have natural properties that work like antiviral medication.
I found Olive leaf extract, Lysine and Dulse to be the most effective and commonly found additives to help rid of the virus. Lets talk a little about these items found commonly in nature.

Scientists have isolated the unique molecule that provides olive oil with its multitude of health and life-extending benefits. Known as oleuropein, Olive leaf extract has antiviral properties and is used in holistic medicine to treat certain viruses. In laboratory testing, olive leaf extract was shown to effectively fight herpes, mononucleosis, and rotavirus, and it may also be useful against influenza and HIV.
While the research is limited to cell cultures and olive leaf extract's benefits have not been proven human studies, strong anecdotal evidence suggests it can effectively treat cold sores.
It also has the characteristics to act as antioxidant and anti-inflammatory. In a study, when oleuropein was given to animals with tumors, the tumors completely regressed and disappeared in 9 to 12 days!
Following is the product i used and is readily available at super stores like Walmart, Target and most Vitamin shops. 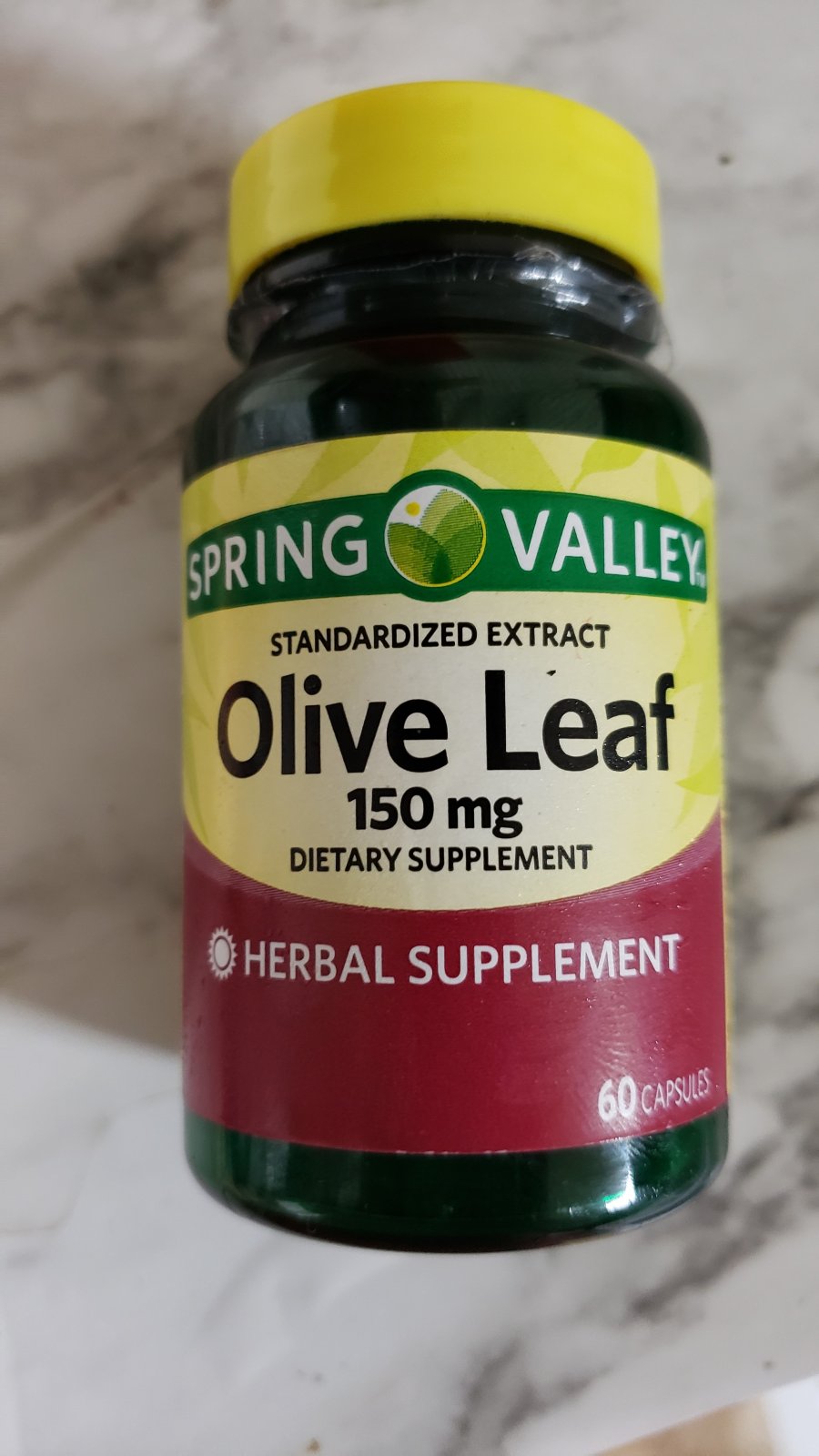 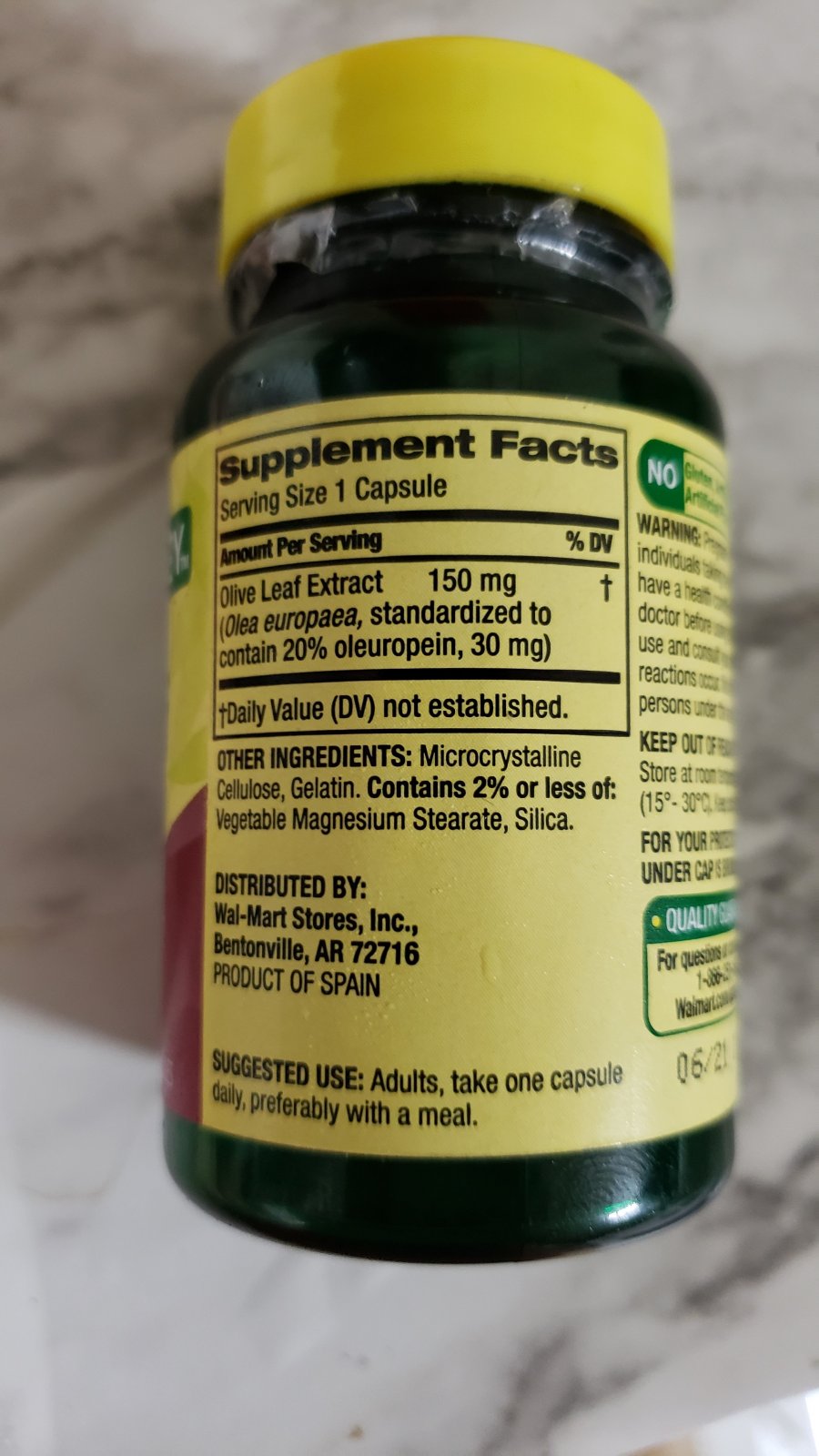 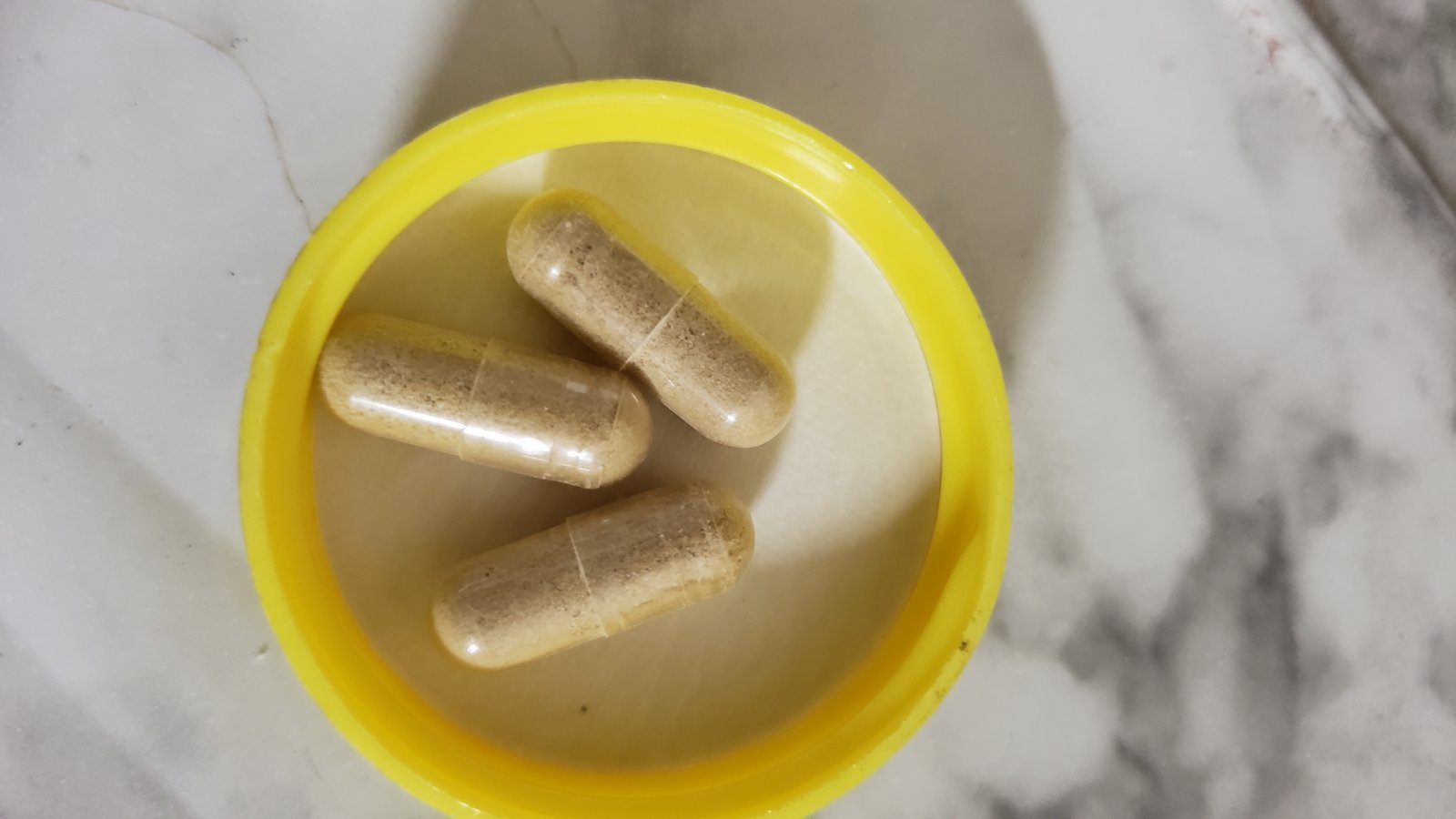 Lysine is an amino acid. Its used in production of many medicines. Lysine is used for preventing and treating cold sores caused by the virus called herpes simplex labialis. Lysine does not cure or rid the virus by itself. It does however prevent the virus from growing. In a clinical study, 45 patients with frequently recurring herpes infection were given 312-1,200 mg of lysine daily in single or multiple doses. The clinical results demonstrated a beneficial effect from supplementary lysine in accelerating recovery from herpes simplex infection and suppressing recurrence.
Following is the product i used and is readily available. (note: I used the product in powder form designed for pets) 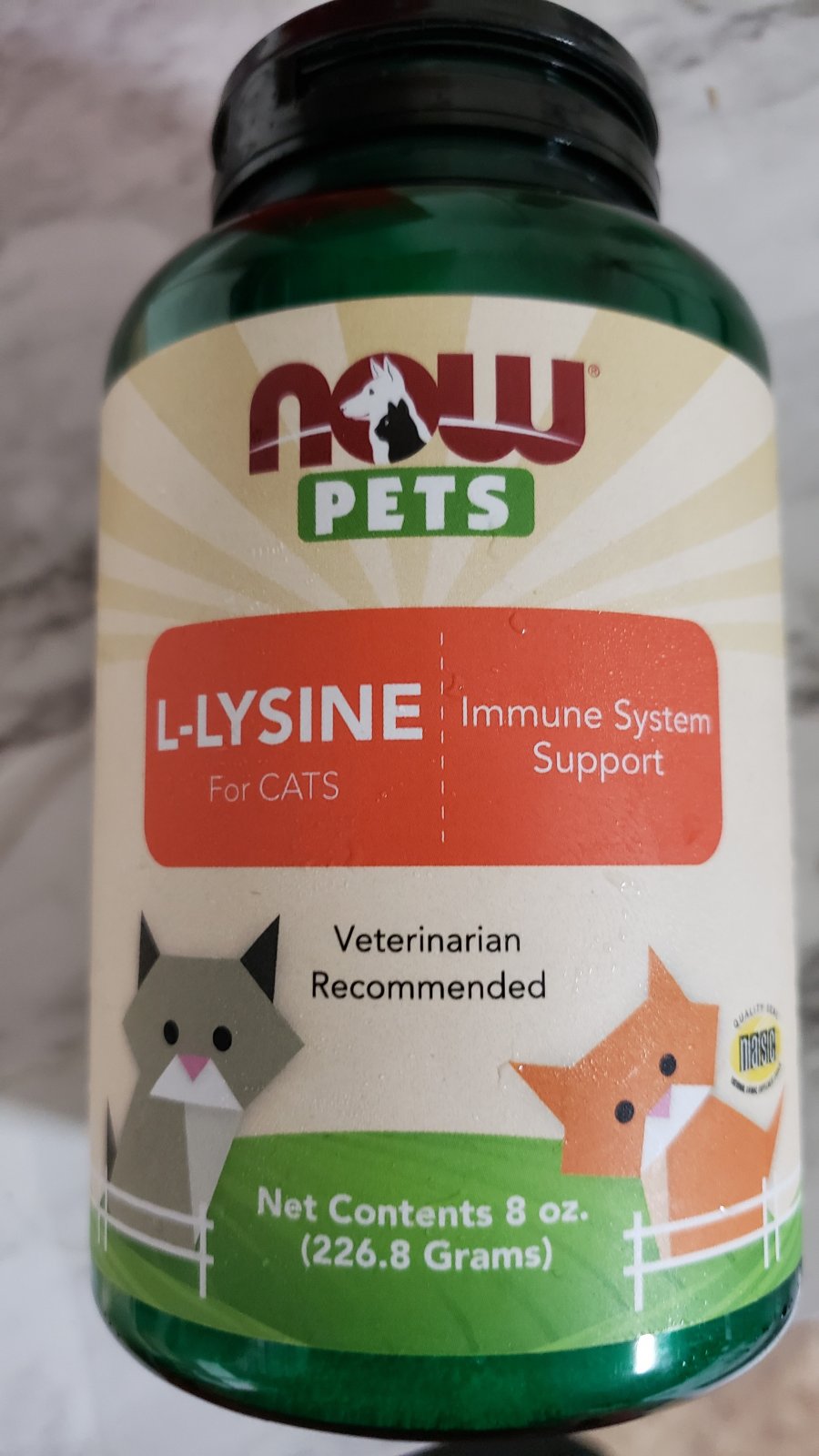 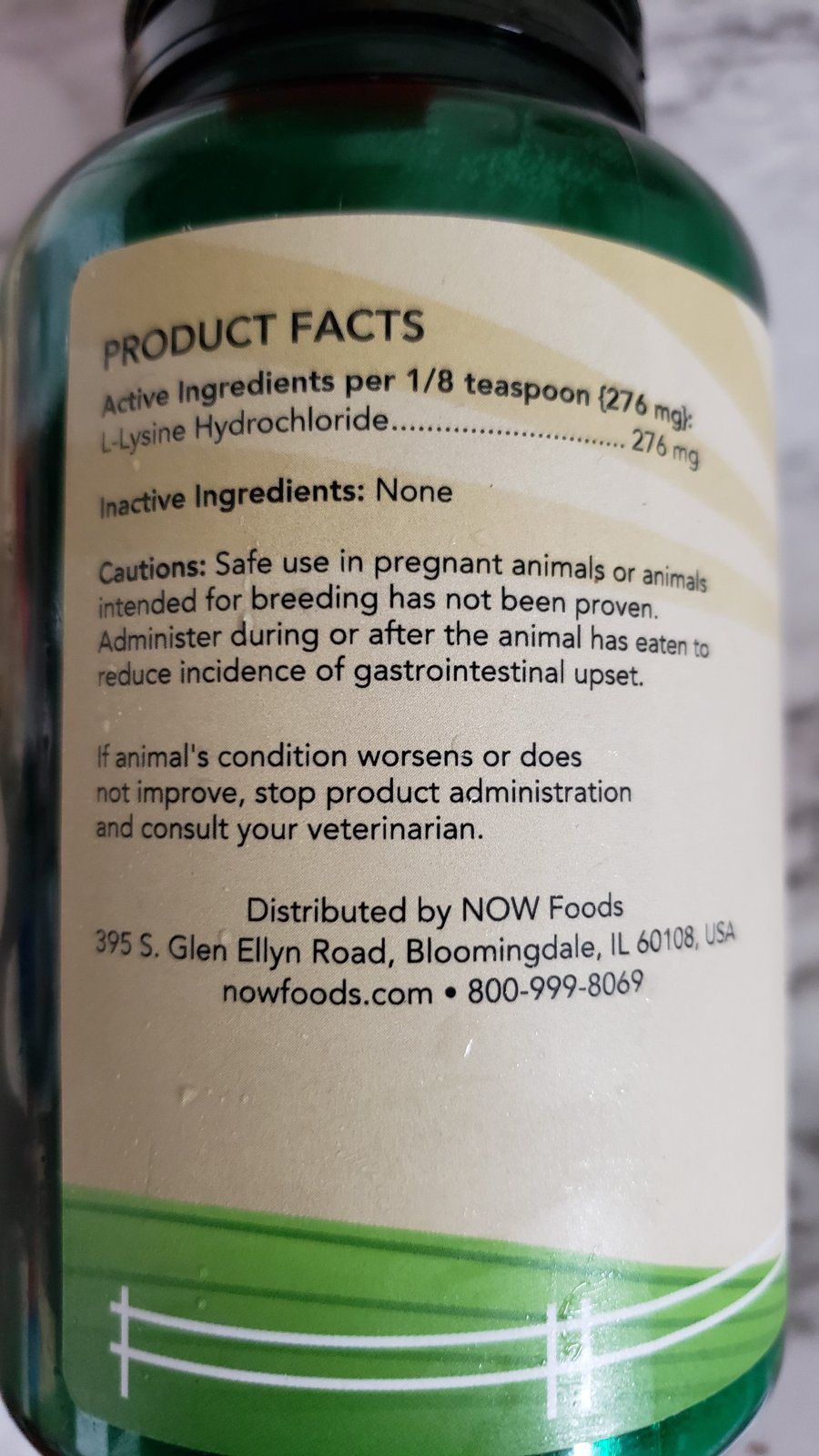 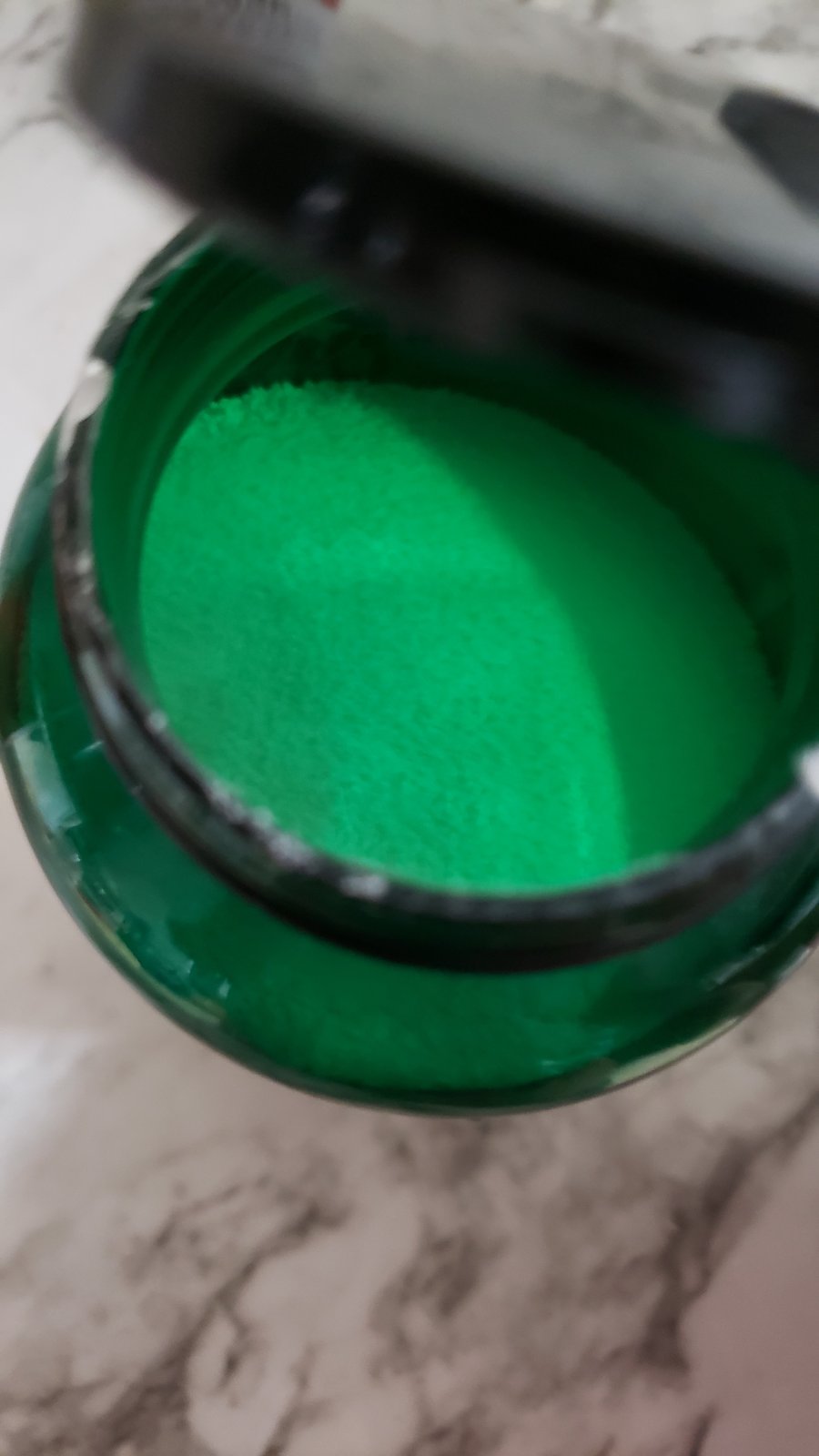 Dulse is a red seaweed that grows wild in the cold waters of the Northwest Pacific Ocean and the North Atlantic Ocean. An edible seaweed with shades ranging from red to dark purple. Dulse/seaweed is high in iodine, iron, vitamin C (which aids iron absorption), antioxidants, soluble and insoluble fibre, vitamin K, vitamin B-12 and a range of other nutrients important for human health. Red seaweed such as dulse are high in protein. What's more, seaweed contain certain compounds not found in terrestrial food sources, including fucoidan, a type of carbohydrate that has anticoagulant and antiviral properties.
Following is the product i used and is readily available. 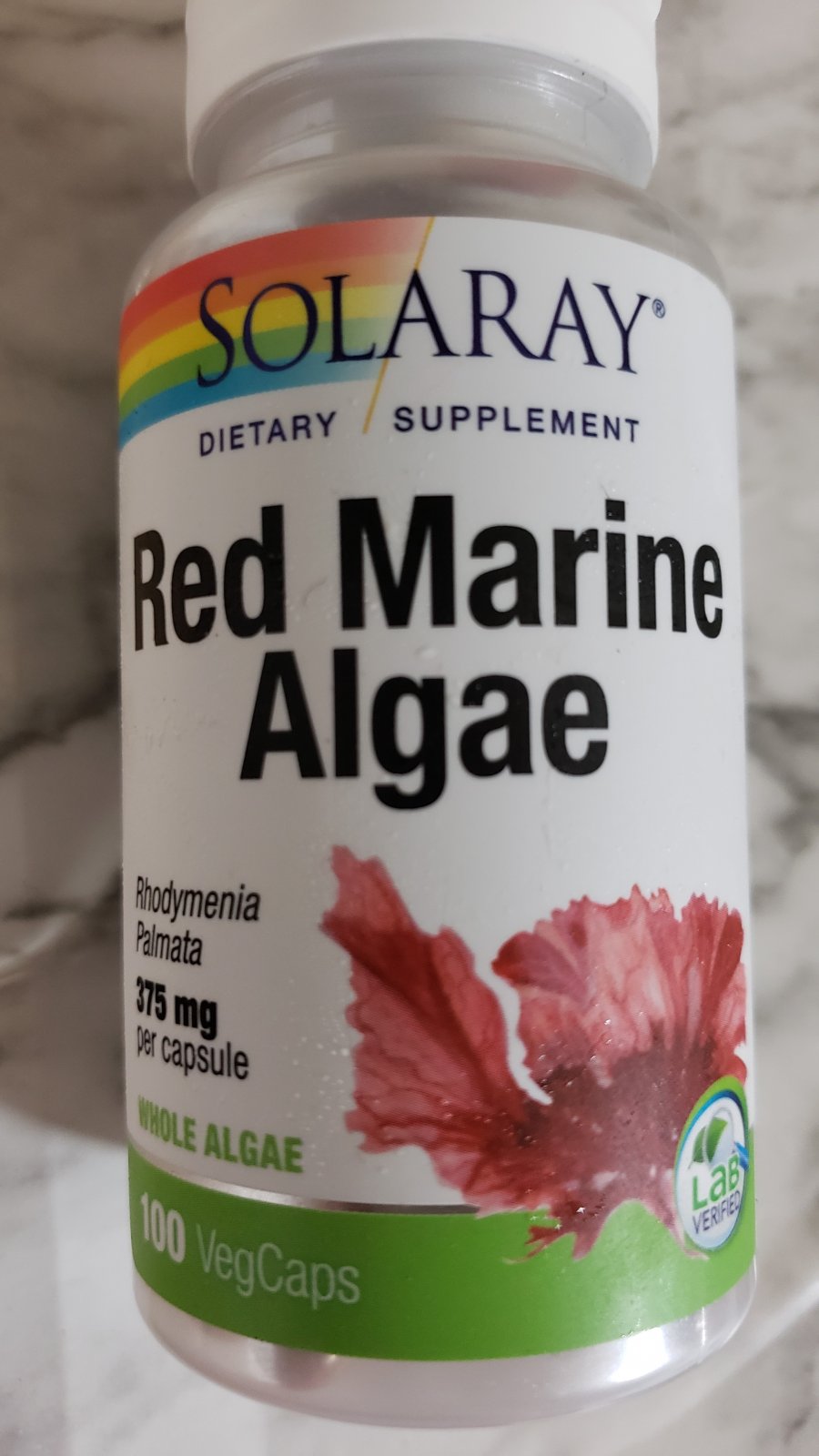 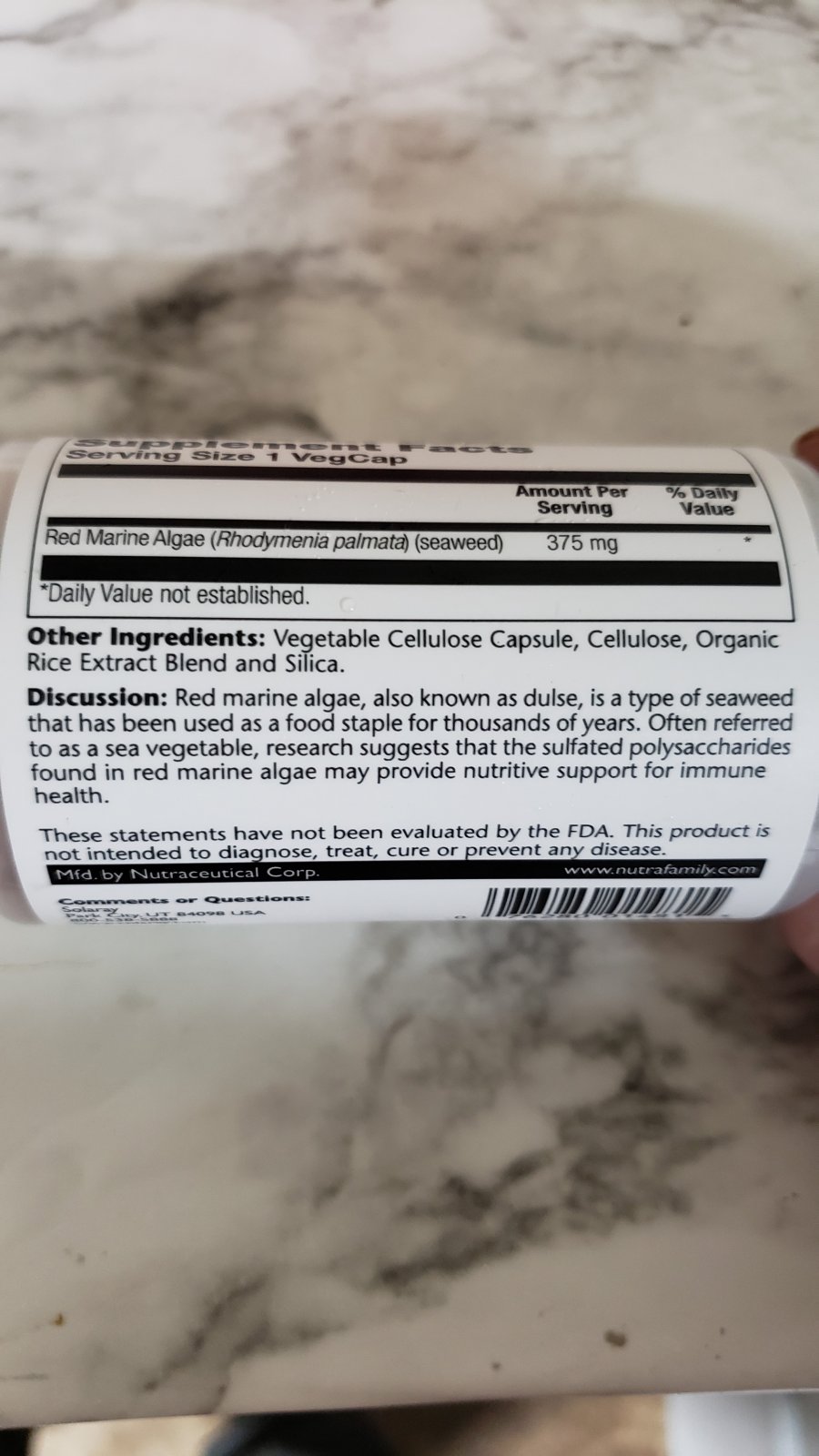 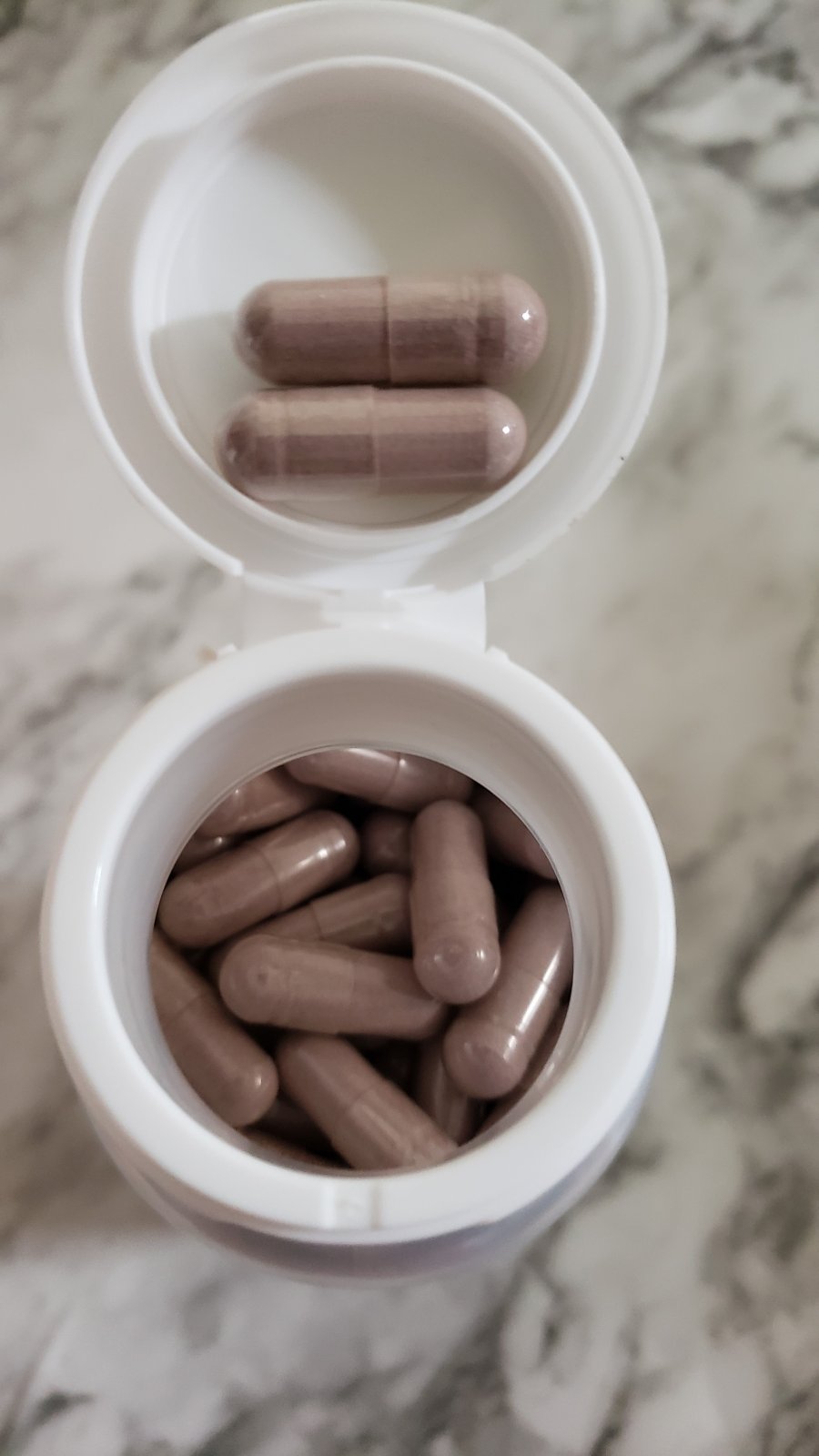 Having found these 3 ingredients that have antiviral properties, I decided to experiment on fish with lympho.
I had a blue hippo that showed minor signs along with a yellow eye kole tang what was covered with some viral infection along with lympho.
I feed frozen foods like mysis, brine shrimp, blood worms, rotifers and copepods-cyclops.
I thaw just enough for 3 days worth. In that mix i added 2 capsules of olive leaf extract (power only without the shell), 1 capsule of Dulse and 1/16 to 1/8th of a teaspoon of lysine powder. Mixed it all well and added a half to cap full of Seachem garlic extract. Just enough if you were to smell the food, first distinctive smell would be garlic.

I fed this mixture for 10 days (and still currently feeding). After 3 days of using these ingredients, Hippo was 100% clean while kole showed less infected spots. About 10 days later both fish show no signs of virus or lympho.
I have a longnose butterfly fish that came in with lympho and I started with same dosage and ingredients mixed in food. 3 days later she is 99% clean with only 1 spot left on her.

There is no hard scientific evidence to prove my experience but there is enough evidence in clinical studies done on humans and other pets showing these ingredients do help in suppressing viruses. It worked for me twice and i will continue to experiment with it on many more fish to come. All these ingredients are natural and herbal and not chemical based like other medications.
I hope other people will try and report back their experiences. Being all natural and herbal, I dont thing there are side effects but over dosing could be possible. Use on your own risk.

Thank you for experimenting and then writing this @Dr.Reef!!!
Useful links:

Always at your service.

Unrelated but lots of people ask me what I feed my fish and how much and where I buy it from.
I use Mysis shrimp, they come in 2 to 3 lbs bag.
Brine shrimp in 1-2 lbs bag, Rotifer, copepods and blood worms. All are 1 lbs each.
I buy everything from www.jehmco.com
He sells bulk as very reasonable price.
Note: if you dont feed atleast 3 or more times a day to tons of fish, this packing is not for you.
Once opened freezer burn and moister will start to mess up the food.

Here are few pics to show size of the products.
(I mix everything in similar proportion) 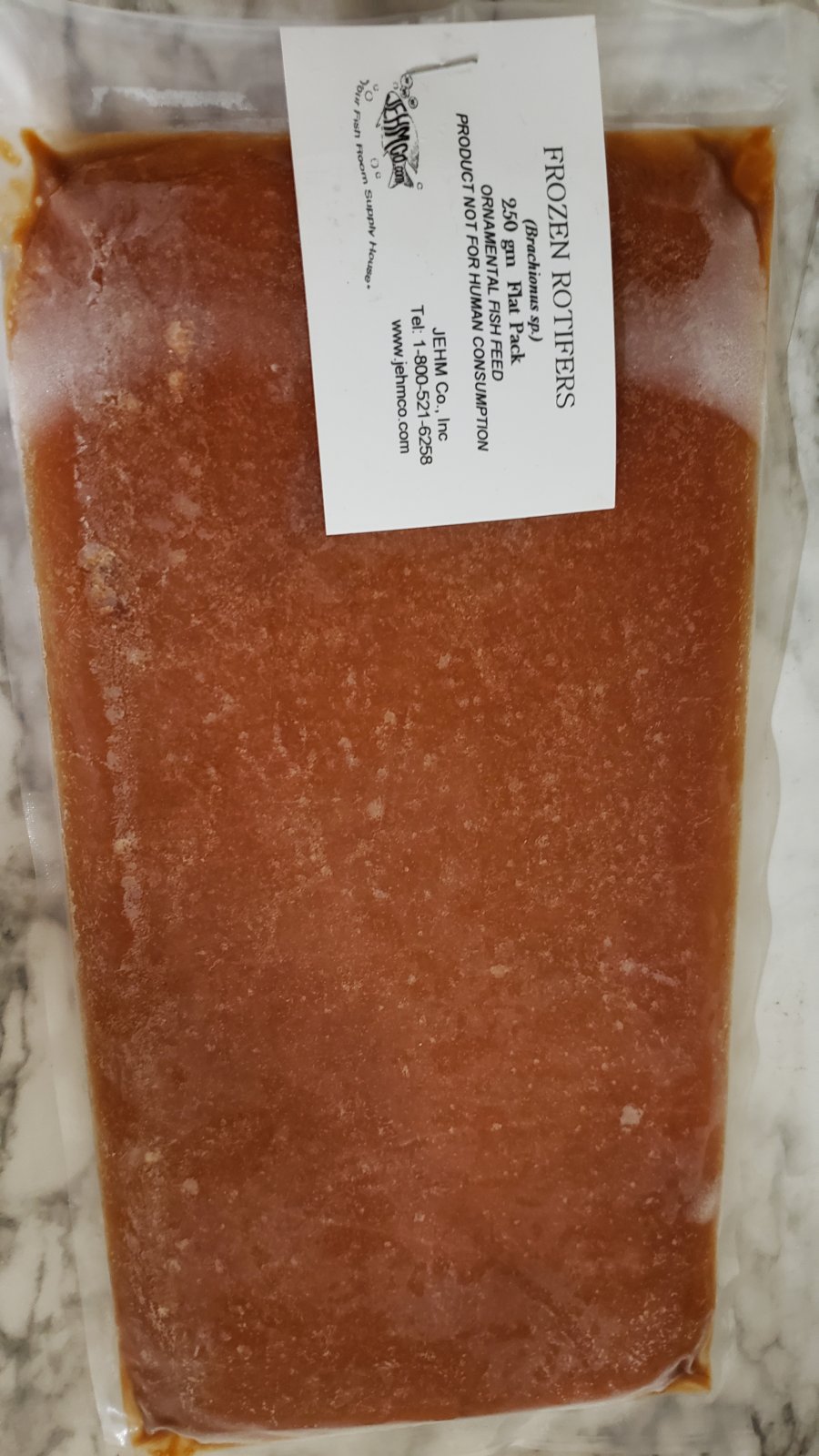 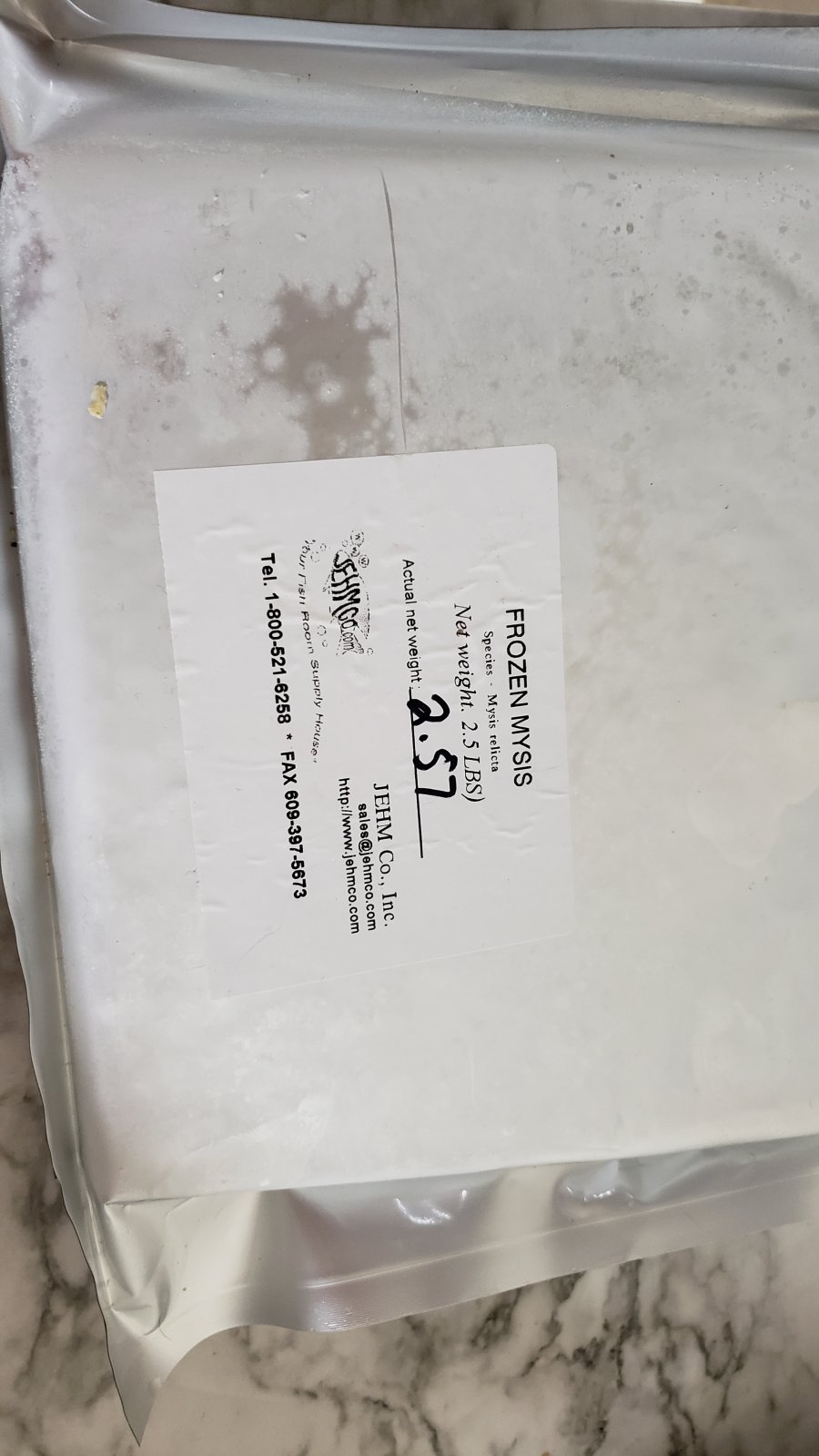 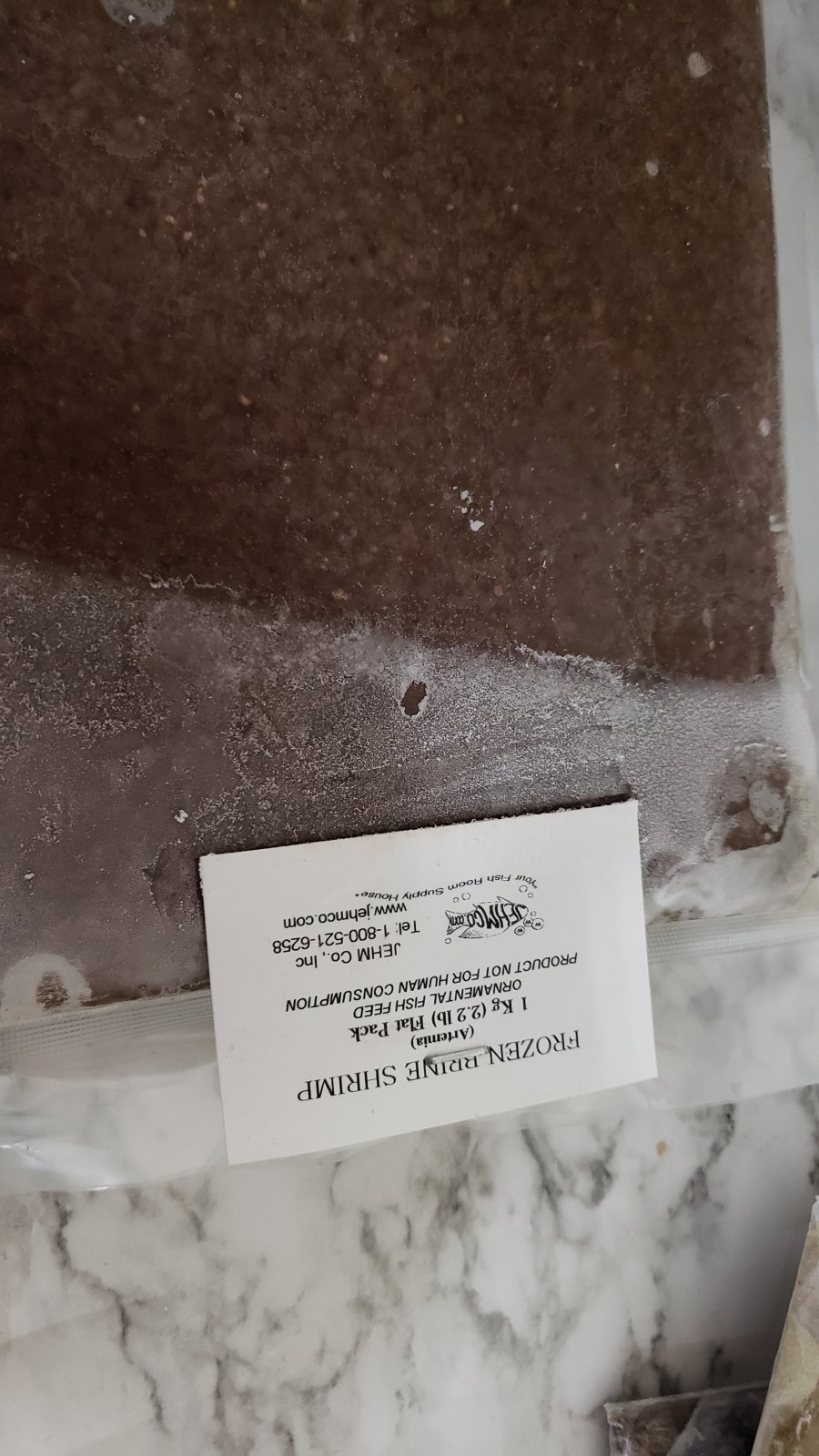 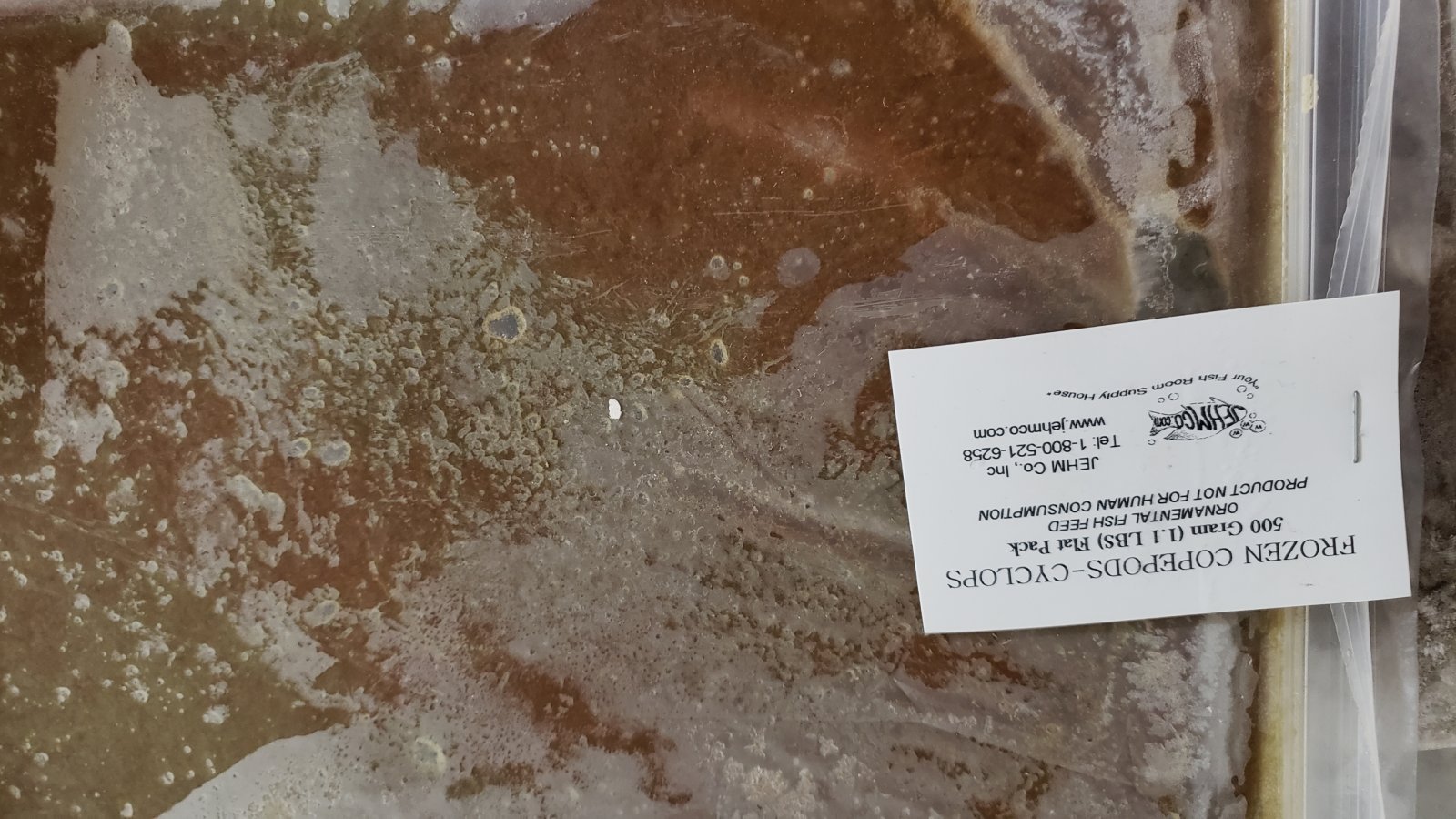 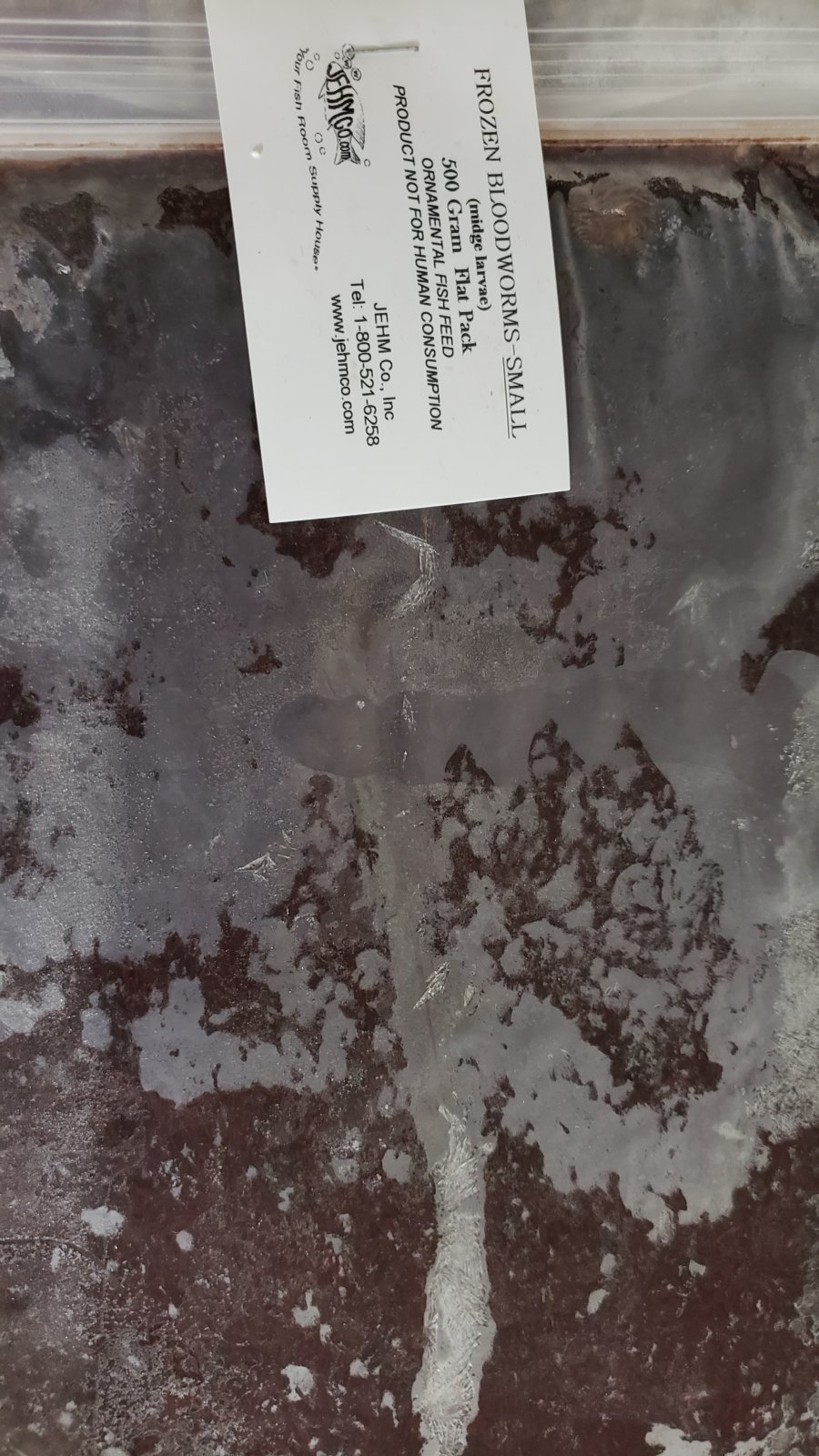 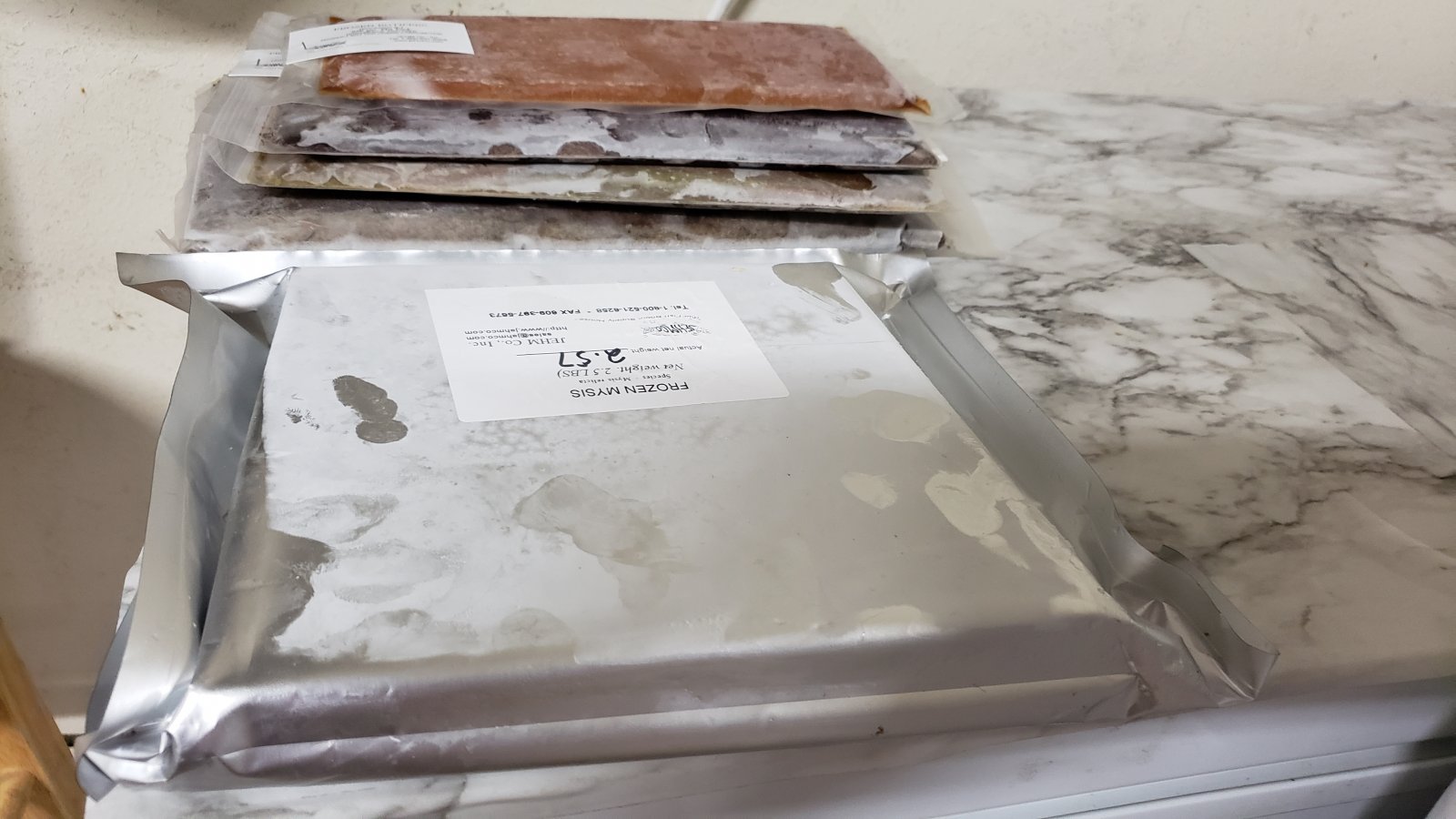