AndyR83 said:
So it has once again been quite a long time since this thread was updated. Several factors kept me from making much progress in recent months. Certainly my crazy work schedule is one, coupled with the fact that I’m often awake late at night when everybody else in my house is sleeping and am thus unable to use loud tools.

The glass restoration part of the project ended up being far more complex than I had anticipated. I’d say I probably wasted about 3-4 months and at least $600 on various products and tools that all claimed to be the best approach to doing this sort of work… only to find they either did nothing at all or actually made things worse.

I’d be lying if I didn’t say the lack of progress with the glass repair quickly eroded my motivation. Eventually, with lots of time and money wasted, I found myself with no idea what else to try. I contemplated replacing the glass ($$$$$) and even just scrapping the tank completely and getting a new one some day.

I’m not sure what convinced me to try one final technique this week after not touching the tank for months, but I’m glad it did. I finally stumbled upon something that actually worked! It turns out my approach to the restoration was fundamentally flawed from day one. I came to the realization that my issue was related to failure to recognize/obtain the correct tool for the job. I found an article that discussed using a “radial” tool rather than anything labeled as “orbital.” I had initially purchased a dual action orbital sander from Home Depot for this job. After reading the article and determining the source seemed reasonably credible, I bought a radial buffer from Amazon and got to work. This ended up being an absolute game changer for me.


After many hours of grinding with the extra coarse abrasive, a uniform hazy texture/appearance was achieved:
View attachment 34550

After dozens more hours of work and a slow progression from coarse to medium grit abrasives, the glass is finally clearing up!
View attachment 34552


I still have lots of work to do. I’ve only gone through about half of the abrasive grits I’m expecting to need to use. After that, and tons of polishing, this should (theoretically!) look great!
Hoping to get this wrapped up soon!
Click to expand...

Awesome! I love that little dude 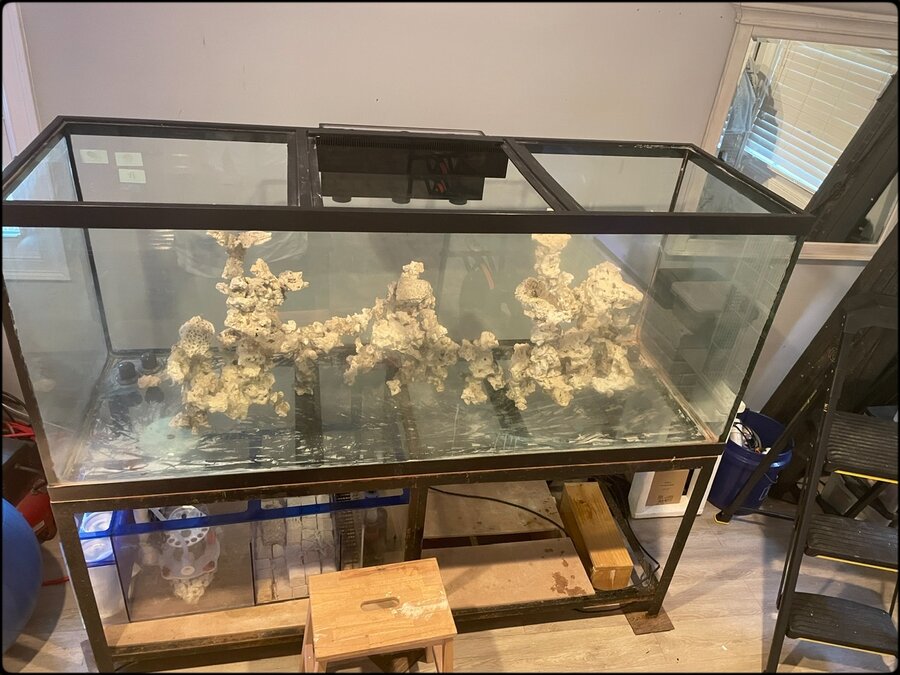 Glass restoration is finally complete! I also drilled the tank yesterday (my first time ever doing that, by the way!) and installed this Fijicube external “bean animal” style overflow box. I sealed up the four the factory-drilled holes on the bottom of the tank today where the old internal corner overflows had been previously. 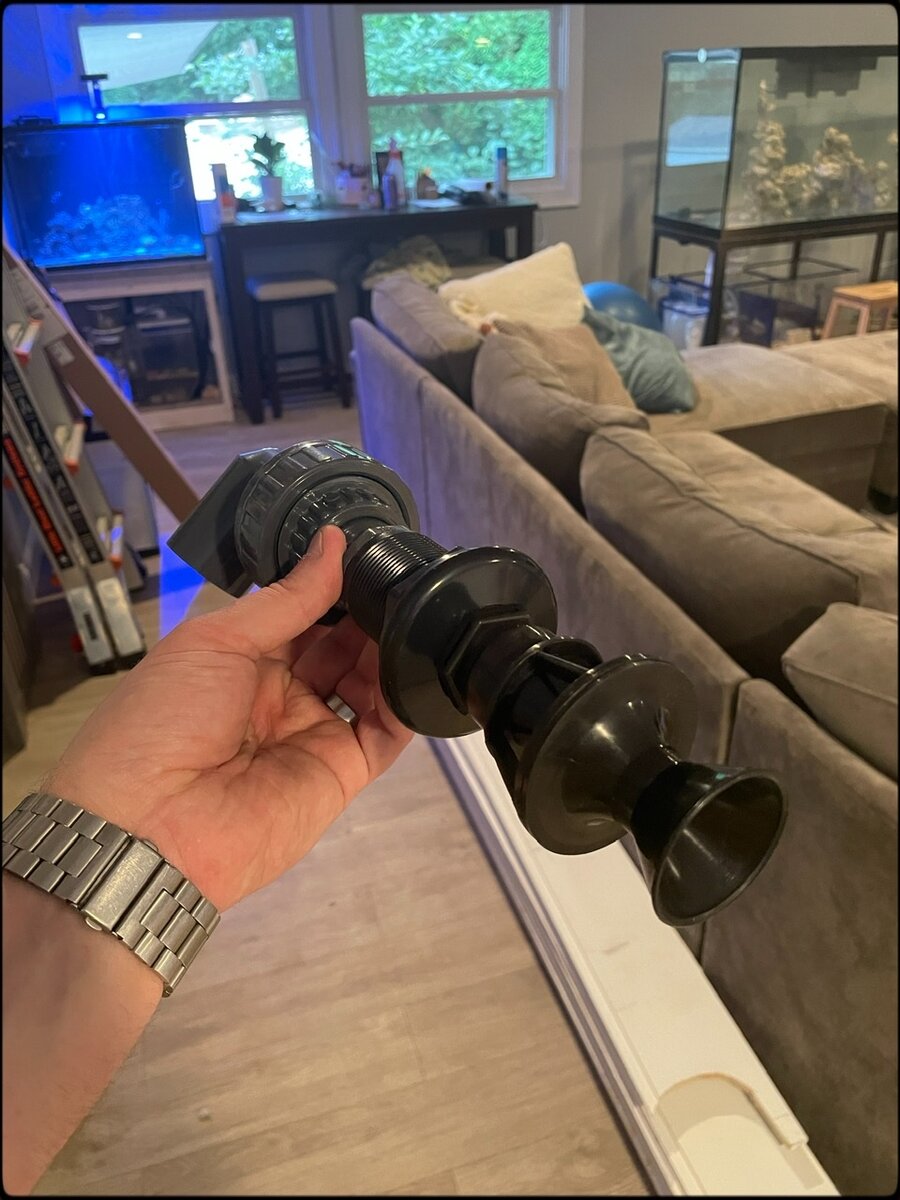 Next, I’ll be drilling two more holes for two identical returns. One will be for the return pump itself and one will be my UV sterilizer output. Currently waiting for the correct size drill bit to arrive.

After this it’ll be time to build the plumbing. Here are the diagrams I drew when I was planning it out recently. 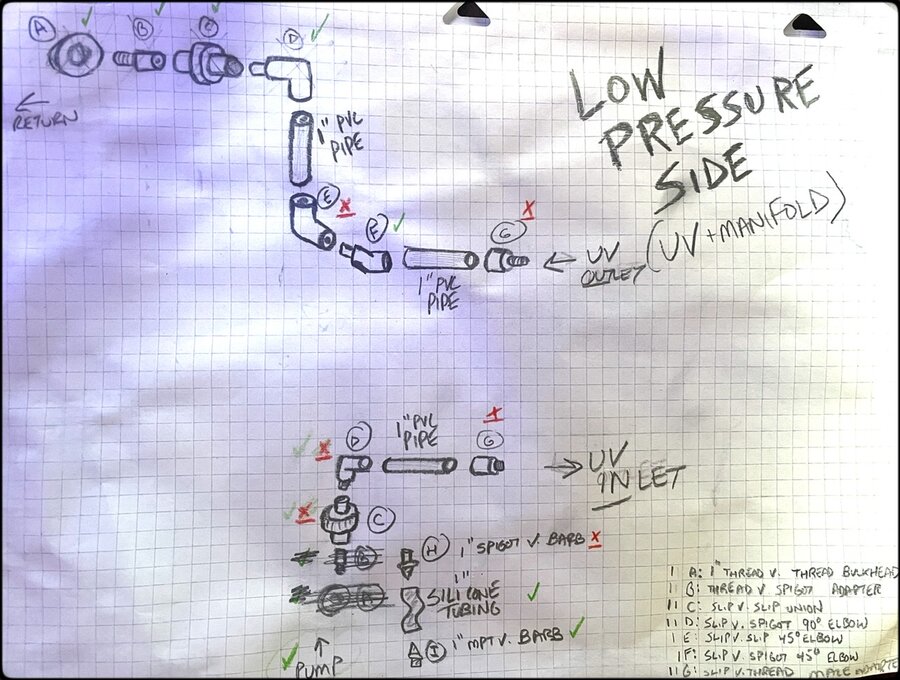 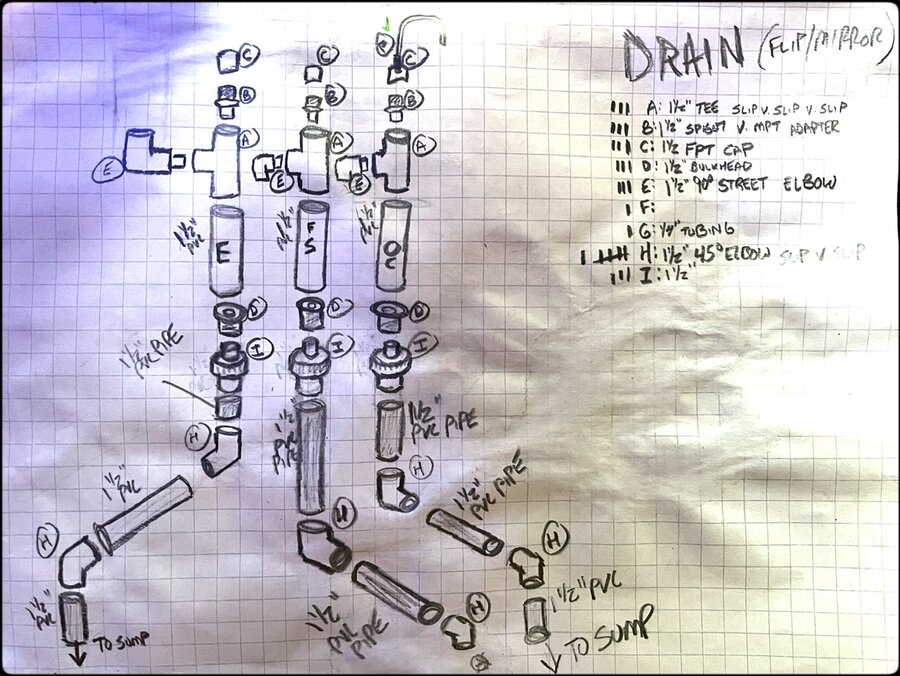 I like your perspective drawings for the plumbing! And way easier to understand than the 2d drawings I did while planning mine. 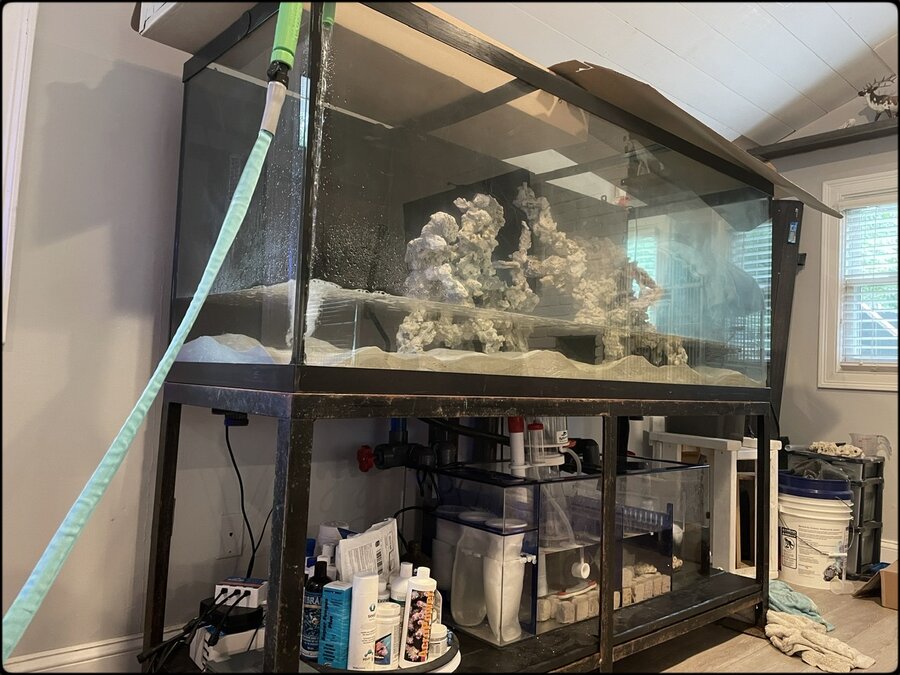 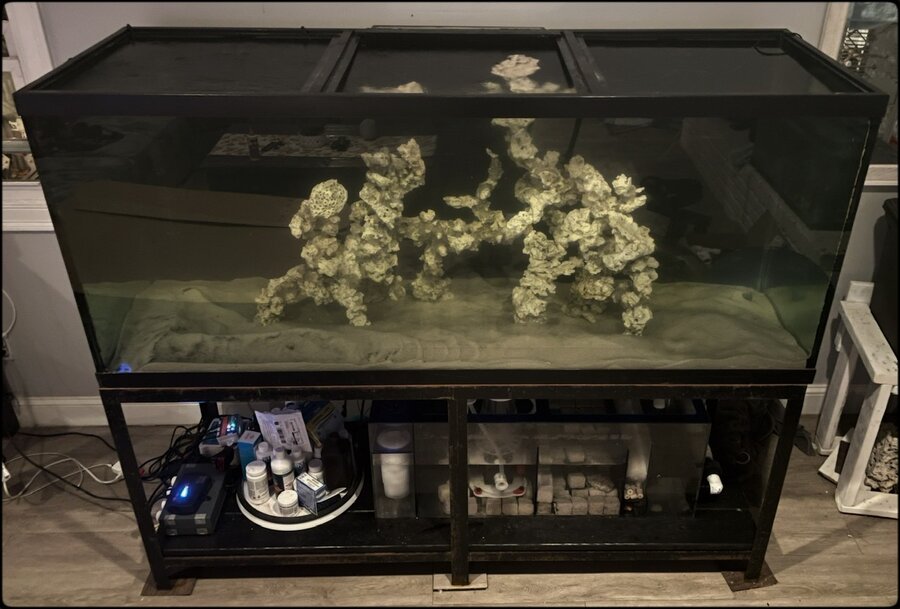 (Im)patiently waiting for the tank to cycle… at least this long journey is finally nearing conclusion! 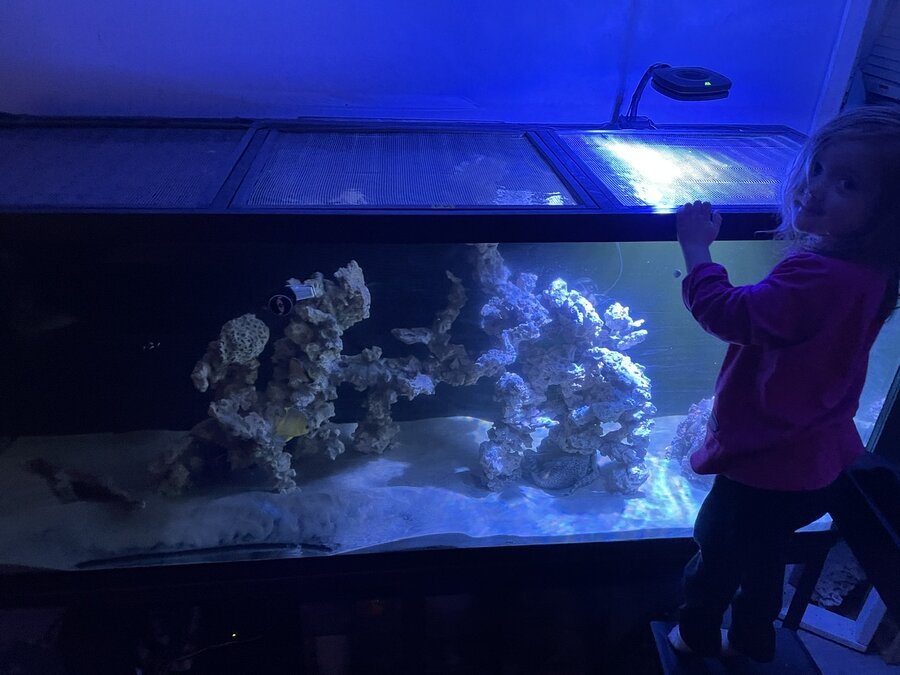