Submissions have been made and now we get down to the voting portion of the contest!

SUBJECT: Rare/uncommon fish. Not "rare" but, legitimately rarely seen in the hobby at all. An example, my fusilier damselfish. Prolific in the wild, but rarely seen in the trade. What they lack in looks, they make up for in behavior. I had 5, sold 3 after a month of trying to sell the shoal, and eneded up keeping 2. 100% peaceful. They actually change colors depending on whether chilling, eating, or scared.

Voting will close on Thursday, September 30 at 9pm CST!

Jposch said:
I know @Vette67 has a lavender tang.
Click to expand...

I do. And I tell you, this fish never sits still, so it’s tough to get a clear picture And I mean it is ALWAYS on the move. I don’t think the Hawaii ban has caught up to these yet like it has for the yellow tang, but it will become harder to find as time goes on. 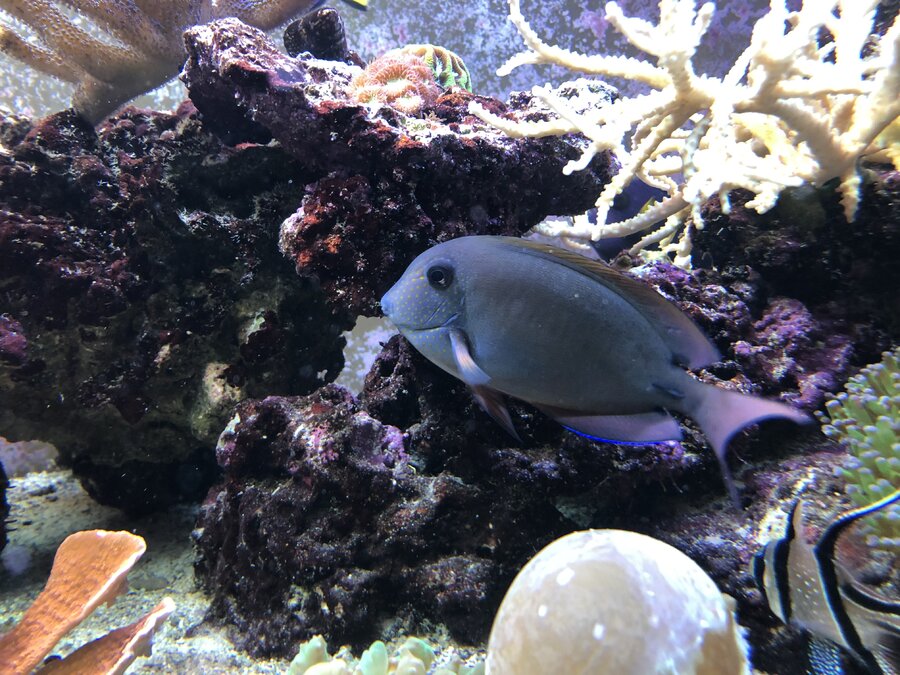 Male cave goby Fusigobius pallidus, I had a pair but a jewel blenny killed the female. 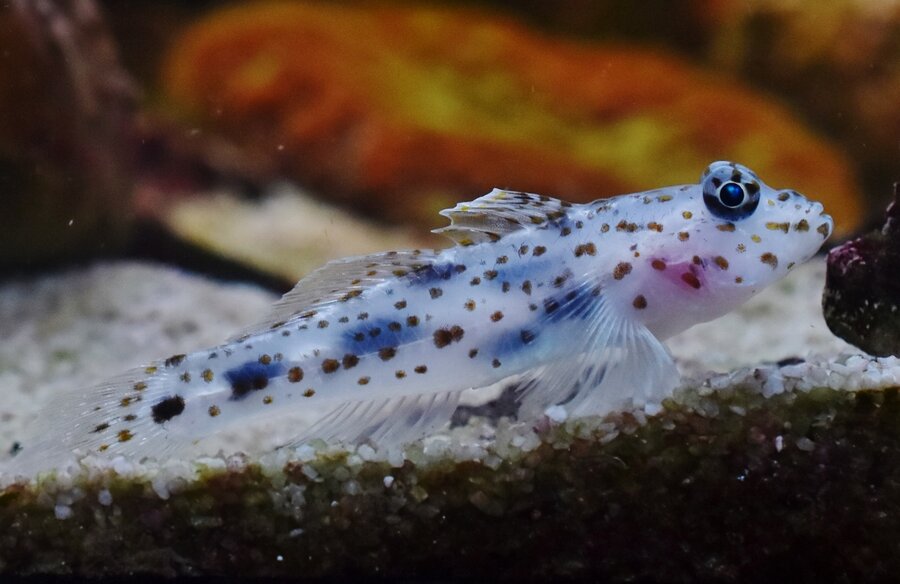 Bump!
As Matt said, think uncommon as in not seen in the hobby often.
This is a great opportunity to share seldom seen fish that you have successfully owned. Remember it doesn’t have to be ‘expensive’ rare.
Here’s a few old photos ( not for submission- just to keep party rolling).

I would love to see some of these from your tanks:
Hi Fin Red Banded Goby (Stonogobiops nematodes)
Convict Tang
Etc. 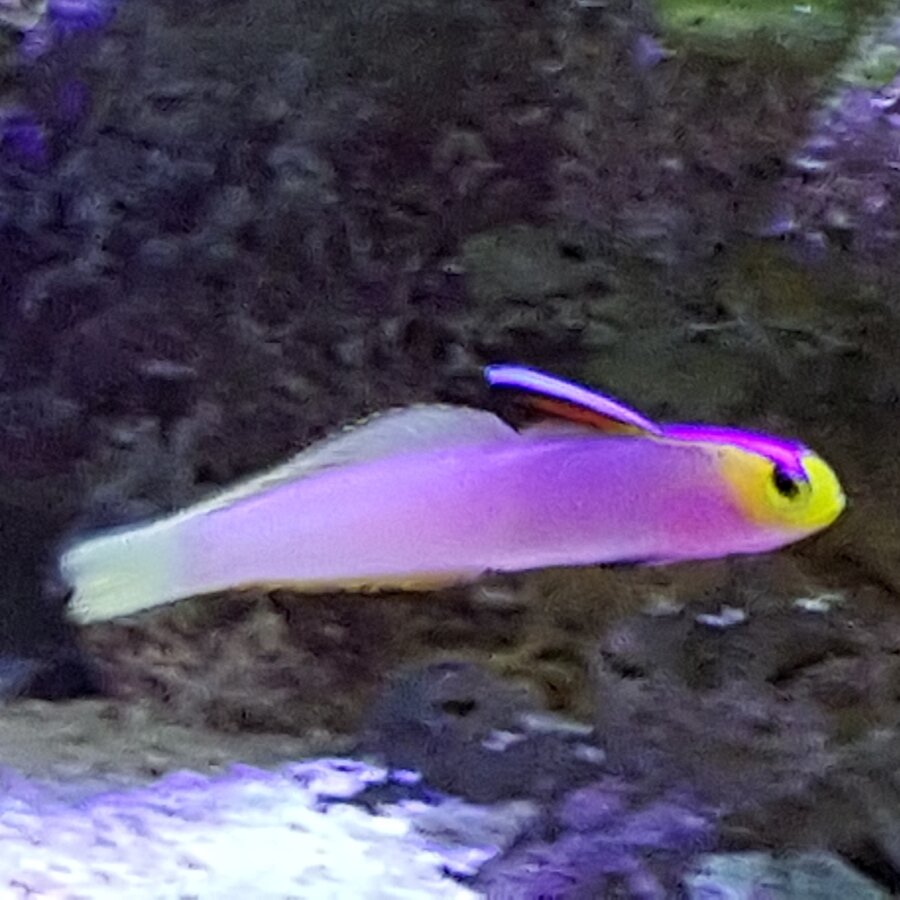 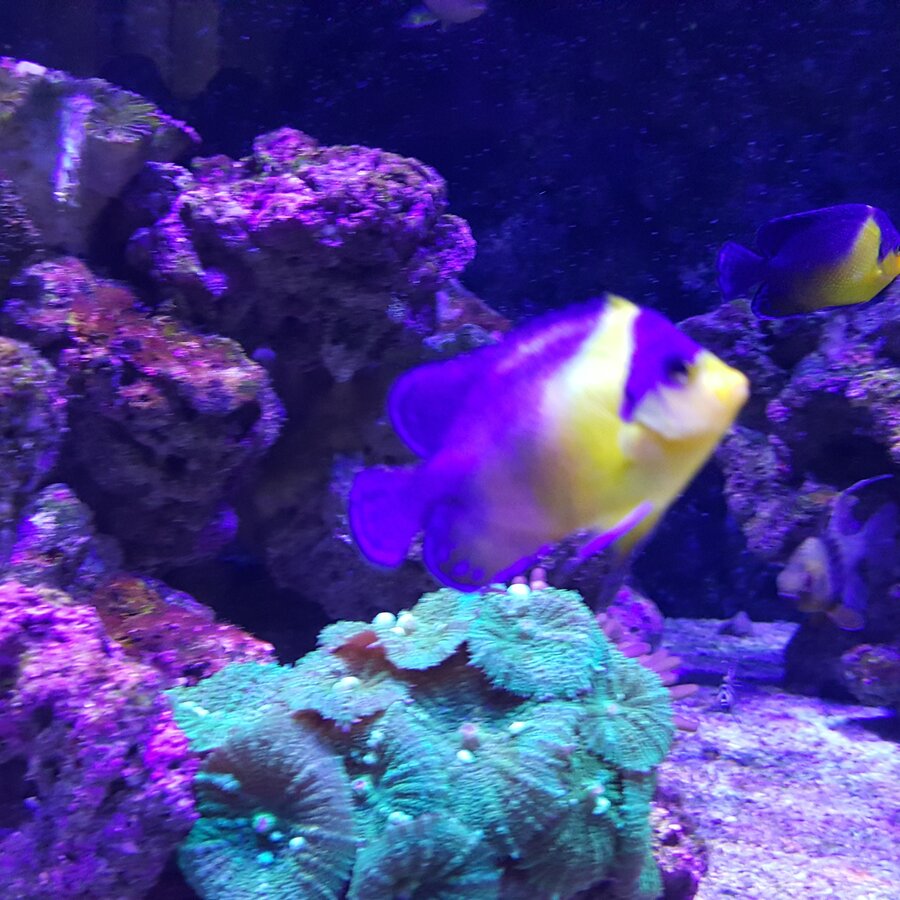 I’ll have to get a more current and better photo. Would this count. I think this is a Yellow Tail Damoiselles (Neopomacentrus Azysron). One of the fish experts can confirm. 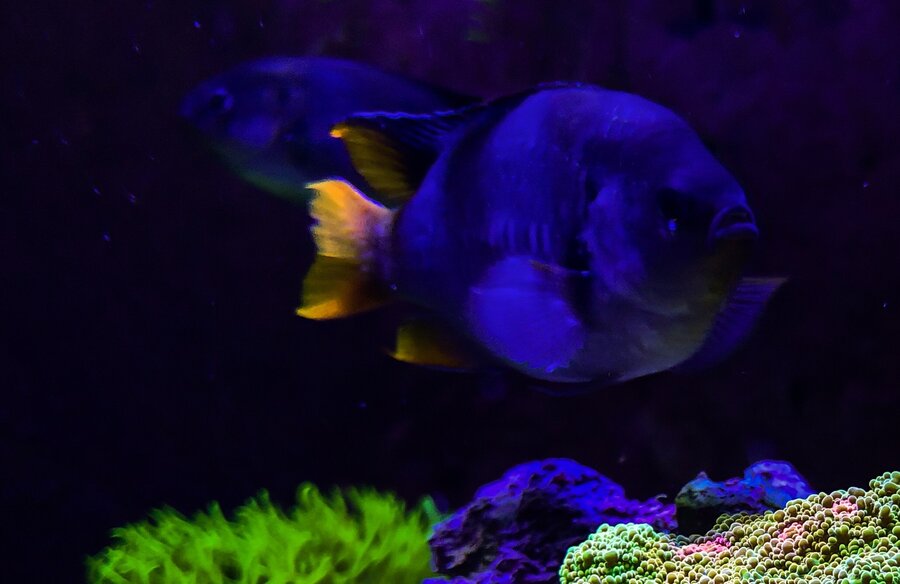 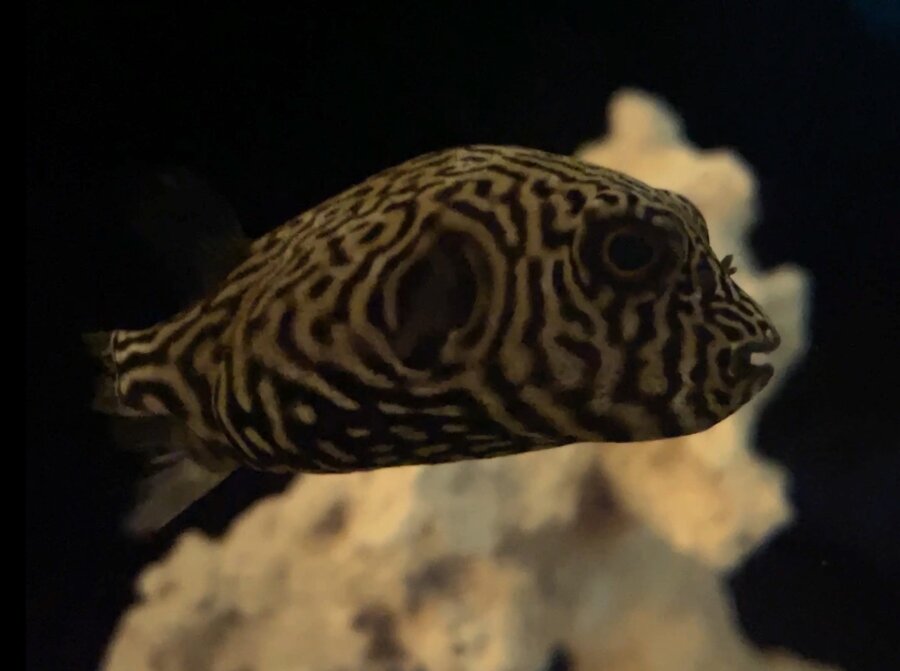 The Scribbled Arothron Puffer, also known as the Map Puffer, has a very distinct and vivid appearance. The main color ranges from light tans to dark yellows and it has a network of black "scribbles" covering the body, forming an intricate pattern. They typically reach an adult size of 24 to 28 inches in length, though some have been known to reach 36 inches or more.

DexterB said:
I would love to see some of these from your tanks:
Hi Fin Red Banded Goby (Stonogobiops nematodes)
Convict Tang
Etc.
Click to expand...

My entry is above but my convict today, hopefully others will add pics, gorgeous fish even if I do say so myself! 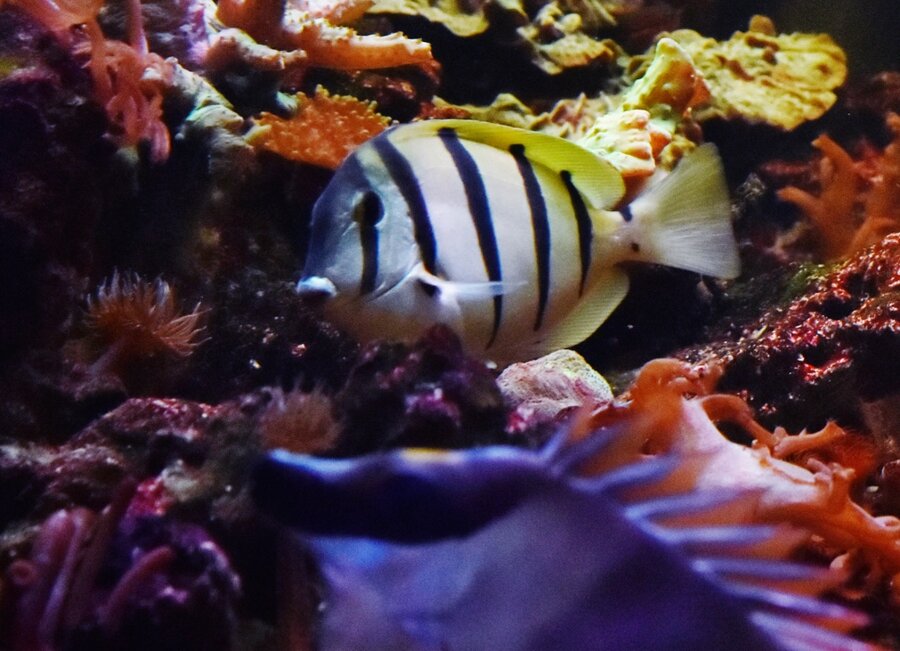 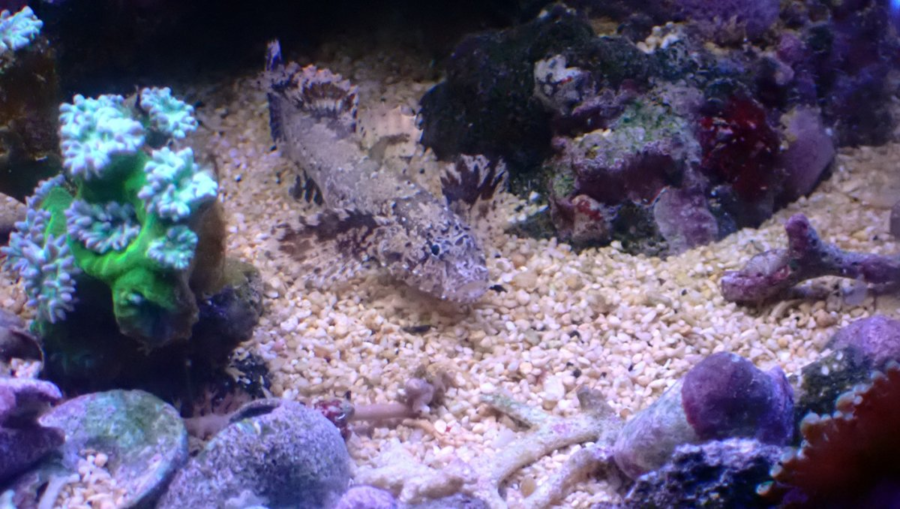 Neither of them are rare, nor particularly ‘splashy’, but I do have a blackline fang blenny and a black sailfin blenny. Definitely nowhere near the cool factor as the other entries 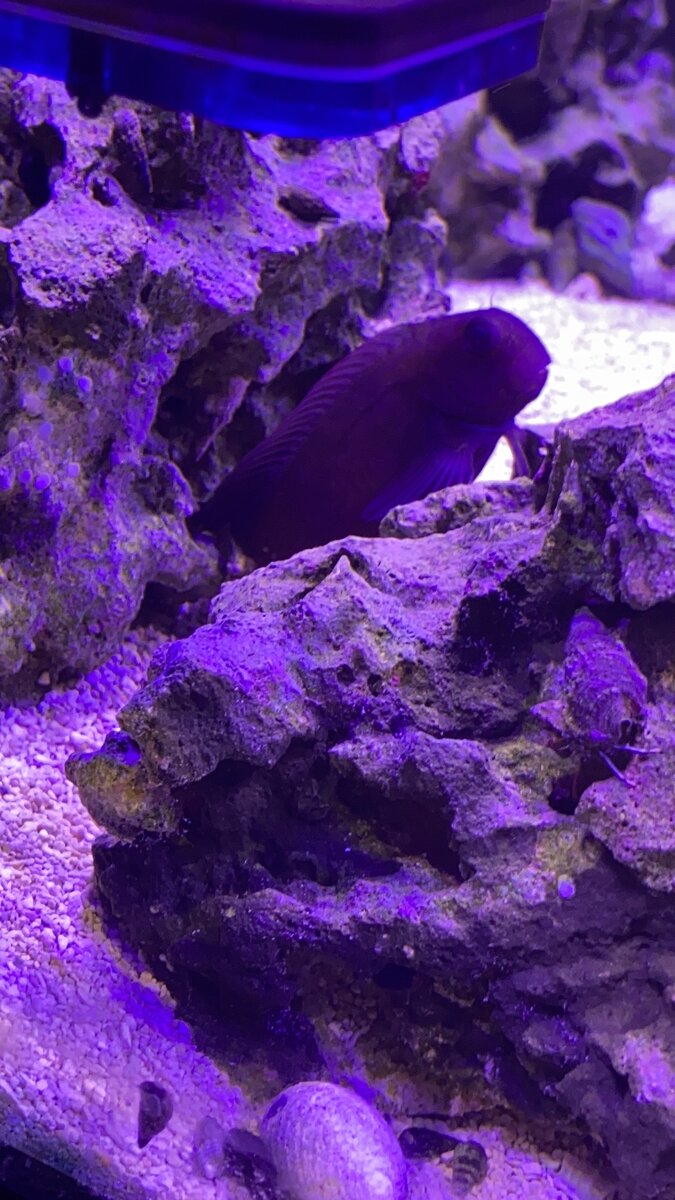 It was hard to decide which of my butterfly collection to showcase today. I think the Prognathodes marcellae, takes the cake for rarity and beauty. 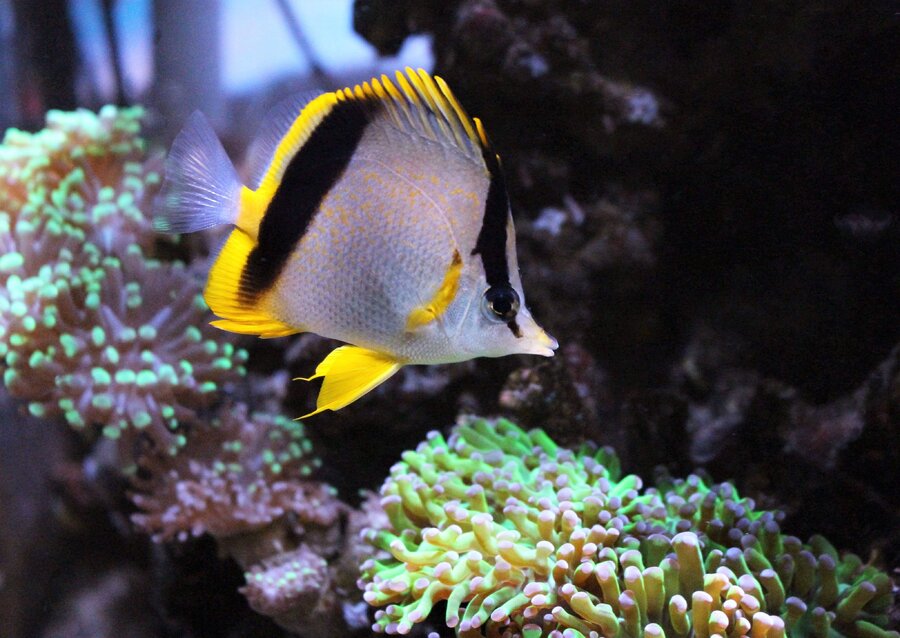 The rest of the flock which was snubbed. 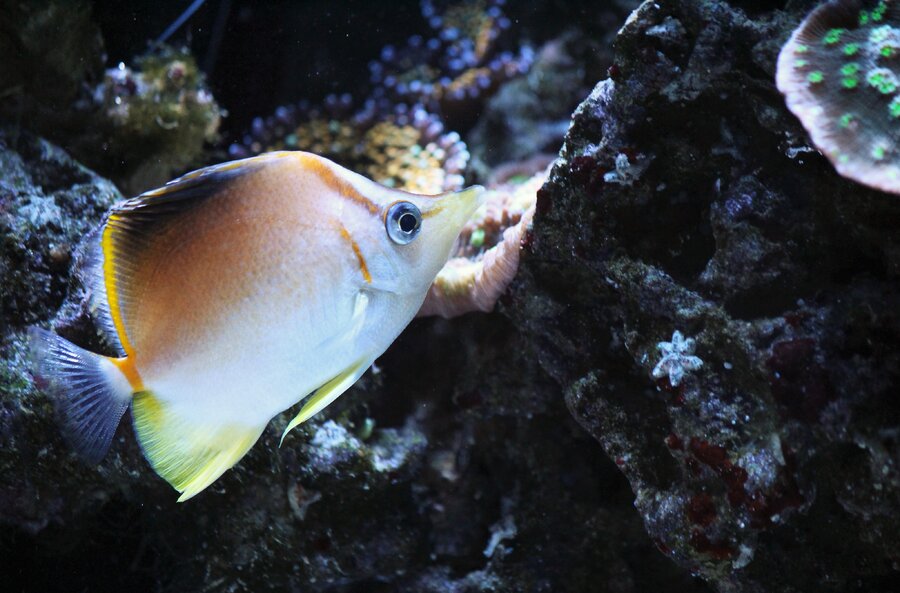 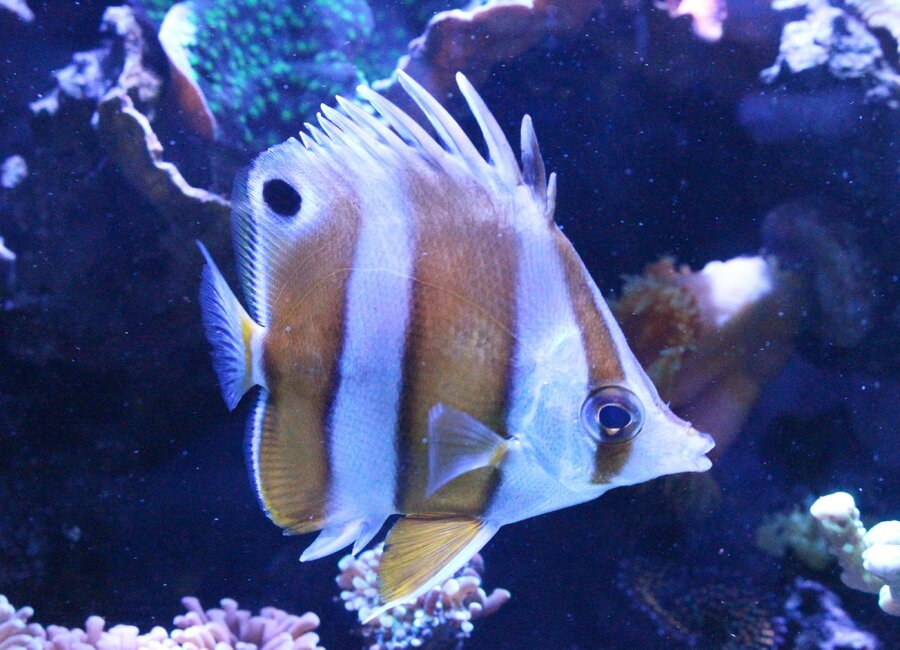 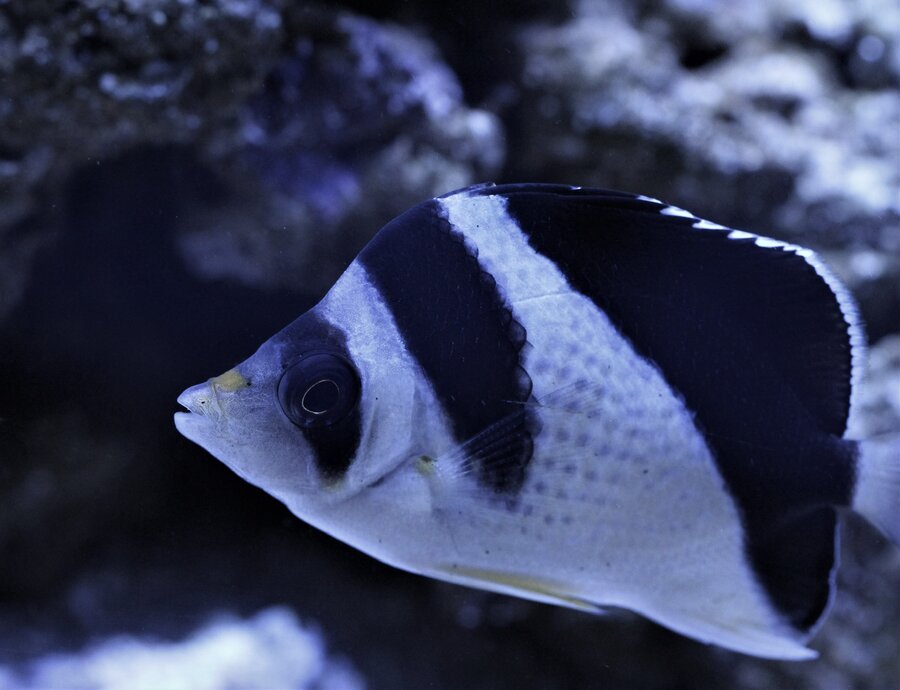 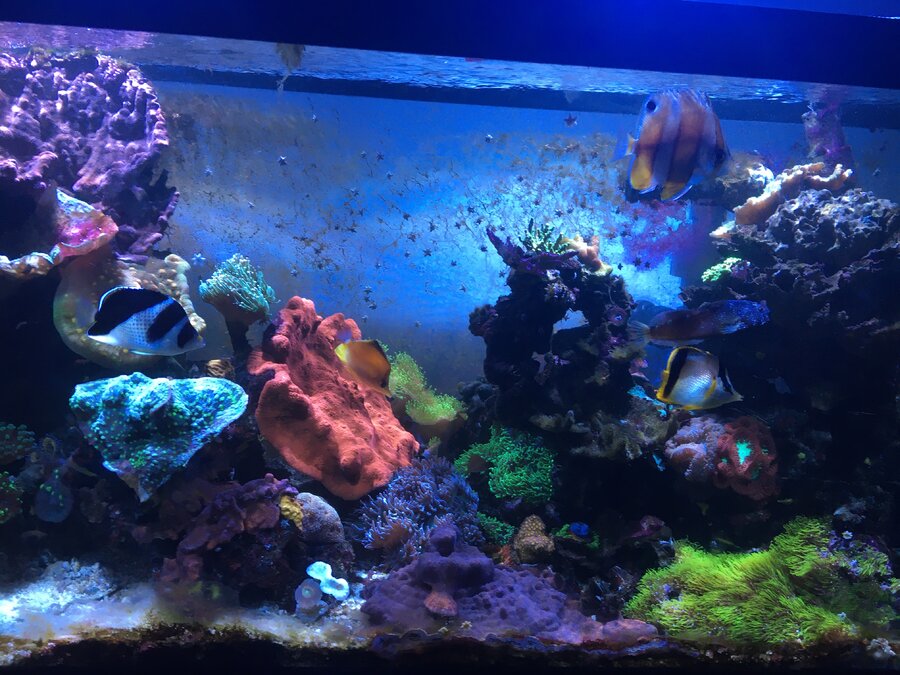 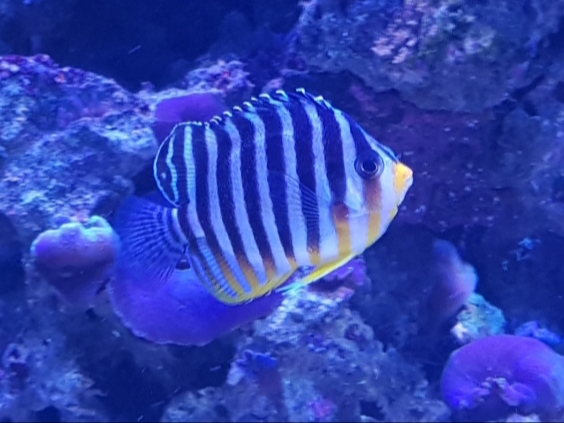 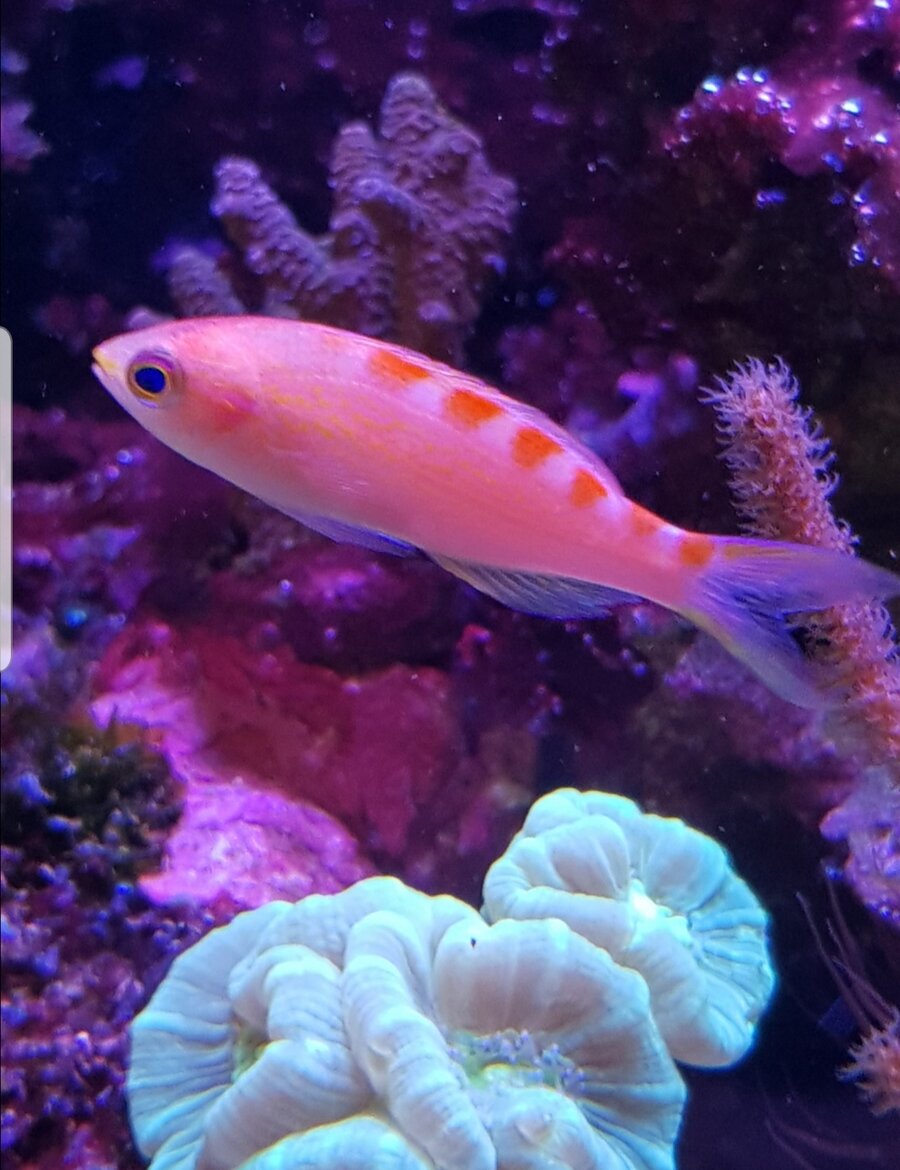 This photo was pretty cool too, i just no.longer have this fish unfortunately so felt a bit silly to enter it to me.

Here is better pictures of my submission.

alright i was a bit delayed in getting the voting thread merged, so get your votes in! these are some really cool submissions

i may or may not be in another country when voting ends so.. maybe it'll extend a few days?

congrats to @Jalcorn on the win! beautiful fish!

mattzang said:
congrats to @Jalcorn on the win! beautiful fish!
Click to expand...