Alright yall. As many of you know we are now in the market for a new tank. That being being said im going to consider my options. What are the actual requirements for a ray or bottom dwelling shark? Tank size? Filtration? Etc...

Not saying I'll be getting one but if we can find a tank size that will fit the build for these animals it expands my options. Let me know.

We might have some shark/ray peeps on here, but alprazo is another great source of information about these creatures: http://www.reefcentral.com/forums/showthread.php?t=2225937

I only go on RC just to talk to him.
Check out links below for more info:

Why hello there. Fellow shark enthusiast here (except like, I can’t keep any because space issues)!! So when I was a teenager, I frequented MFK a lot simply because I was captivated by sharks and rays. I really wanted my own private touch pool with bonnetheads and cownoses. Haven't gotten to that point (yet). But this is what I've learned from the net so far.

The first thing you're going to want to do, is located copies of the Elasmobranch Husbandry Manual volumes I and II.

The second thing you're going to want to do, is look at this link here . It's got a basic premise of what you can calculate for the adult size of the shark or ray you want to keep. For the purposes of convenience, I'll lump rays in with "inactive benthics" (I also don't know better). You can calculate as necessary from the link.

By far and wide, the "best" shark that I know of at the moment (excluding the pygmy chain sharks and other tiny benthic sharks), would be the short tailed nurse shark. It's an inactive benthic shark that tops out at 75 cm (2.5 feet). From the previous link, they require at minimum, a 7.5 foot long, 3.75 foot wide tank. For the sake of convenience (and also because I don't know better), let's say that you need around the shark's length (2.5') in height as well. That's around a 600 gallon tank. For one shark (plus maybe other non sharky fish). Oh, and keep in mind that the tank needs to have rounded edges as well, since sharks have a tendency to hit corners and not understand what to do. Other sharks to look into would be the coral catshark. Please don't get a nurse shark. Or a "shark looking" shark (those are RAM ventilators). Also, consider consulting your local public aquarium elasmobranch specialist!

For rays, I'm looking into Spotted Round Rays (Urobatis maculatus, aka Cortez round ray) (18" disc width), as well as Round Rays (U. halleri, 22" max width, more common 8-10" width). Taking the same calculator, maculatus would need a tank 4.5'x2.25'. I don't believe they would need a rounded tank.

Filtration wise: you're going to want a lot. They're predators, and they're heavy feeders. IMHO a protein skimmer is a must. As is extra biological filtration (I don't think live rock is going to cut it). I'd recommend looking into Mazuri since they seem to have a premade vitamin diet. And feeding wise, get ready to spend lots of money on shrimp and fish and squid.

Finally, you're going to have fish go missing.

Looks like we've already got our own resident shark and stingray expert!

Thank you @ichthyogeek
Check out links below for more info:

Medications and Treatments
I

Humblefish said:
Looks like we've already got our own resident shark and stingray expert!

I mean...I feel that the resident expert would be @Thales ? He did write the book on keeping freshwater rays in captivity (see: EHM Vol. I ). I’m just good at parroting info like this because I’ve seen it 10x this year haha.

ichthyogeek said:
I mean...I feel that the resident expert would be @Thales ? He did write the book on keeping freshwater rays in captivity (see: EHM Vol. I ). I’m just good at parroting info like this because I’ve seen it 10x this year haha.
Click to expand...

Oops! Mistaken identity! That is a different Richard Ross, but he is a great guy!
www.skepticalreefkeeping.org
www.TheRichRoss.com

Well sadly that wish went out the window when I read that triggers and puffers will go after their eyes...sooo unless one of our friends with a 3D printer wants to make me some ray goggles that might be out for now....

Saw this in a Jaws group I'm in, Star Wars meets Jaws 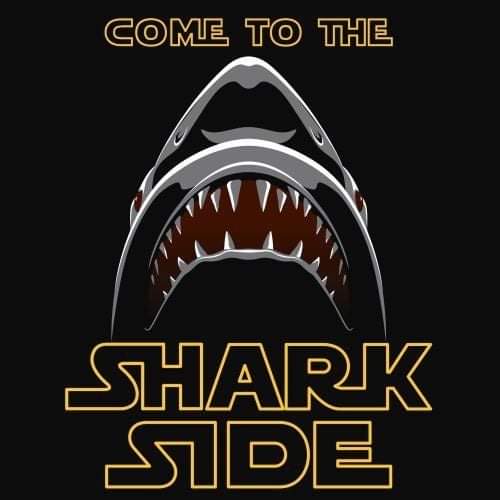 and are now growing out of it, but I’m lookin to uograde to a 12x6x4 very soon

you literally can’t have to much

mine eat shrimp every other day
And the Opposite Day they get some sort of fish
Salmon, tuna, talipia, and cod

with some shark vitamins

I have a little over 3’ bamboo, - little under like 26” marbled cat shark and about 16” coral cat shark

6 fox faces, 20 something tangs, 2 file fish, and a bunch of softies and lps

Also CEMENT AND EPOXY every rock

they will push literally anything and eveyrhing over

I’m no expert just my experience
I

So what I'm hearing, is that sharks are basically aquatic cats.

ichthyogeek said:
So what I'm hearing, is that sharks are basically aquatic cats.
Click to expand...